Christmas is a time for giving and being kind. This is the one thing in our lives where we have control. Being kind, and spreading the kindness. I am so glad I have chosen KIND as my word of the year. It has helped me to focus in uncertain times. Maybe I will keep it for 2018 as well?

If you are still unsure about where to spread your kindness this season, there is this campaign you can get behind.

A Christmas campaign has been set up on Thundafund for Maitland Cottage Children’s Orthopaedic Hospital. The campaign aims be to buy a Christmas present for each of the 85 children at the hospital, as well as one big present for the hospital.

Disney and holiday cheer! Disney and fun! Disney and magic! We have already started a Christmas movie binge-watching tradition this year. The whole family is re-living Disney memories or experiencing them for the first time!

Disney’s Bring Disney Home retail campaign started from 13 November already. It will run until 31 December at all major retailers.

"With Disney’s seasonal cheer hitting stores, expect to see some brand-new Disney friends as well as some firm favorites -  from the brand new Disney Emoji range to your favourite princesses, there’s toys, apparel, games, DVD’s and so much more, a perfect gifting solution the whole family."

To celebrate the festive cheer, Disney Africa has given us one stunning Princess hamper valued over R1000 to give away!

I have been following Mary-Ann Shearer for many years. Ever since her first book, The Natural Way, hit the shelves more than 30 years back. I believe she has the recipe for health! She is the ultimate health guru! (I am a fan! You probably can tell!)) I have signed up for her 100 days to health programme recently, but I am not doing it religiously. (Although I should! *sigh*)

Mark and Mary-Ann Shearer lost their Health Food business in the recent fires in Gordon's Bay. They have a Fundraising Drive on the go if you want to help! They have some families in the business depended on the business functioning again. You can see some of the devastation in the videos, but I am sure they will be back with more health, energy and motivation!

The Chilli Con Carne recipe is in one of the daily emails of the 100 days to health. It is a lovely rendition of a Chilli Con Carne, but without the meat. Apparently it's Mark, her husband's, version. I used a can of lentils and a can of  white beans in my recipe.

The End-of-Year rush and busyness come with a lot of stress. Although December is a time to love, it is also a time of upheaval and being out of your comfort zone! You know it's near the end of the year, and there is some sort of overwhelm! It's holiday or no holiday! It's family time and friends' time! There's preparations, and sorting out some of the stuff that had been put on the back burner during the year.

I have a permanent feeling of anxiety, and when I try to pin-point the exact reason for it, it's not only one thing. The dietician told me this morning that "stress" is the number one complaint she hears from her clients. They are all stressed at the moment! (And of course the diets take a knock!)

The only way I know how to take control of the end-of-year madness is to make lists. Prioritize the important stuff and what needs to be done! It helps you feel more in control. I always enjoy Marcia's Instagram lists on Organising Queen. Check out her 3 Kinds of lists for your bullet journal. She is by far the List Queen!

As a Mom I find it very difficult to hear about the suffering of children. There is so much disruption, upheaval and natural disasters in the world, and the most vulnerable is our children who are impacted. I have to limit myself to not read so much each day! It is too upsetting!

I still think about the children denied the basic right of education because they don't have id books in South Africa... (To name but one!)

UNICEF South Africa unveiled an art installation alongside the Nelson Mandela Statue in Sandton City Square yesterday on World Children's Day! (I wish I could be there, but it's still a school night!) 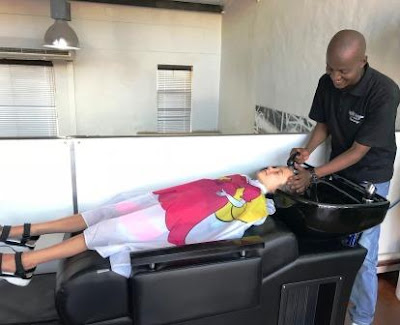 There's a new Maddy Magoo in Fourways at The Gantry. They have been in business for three months now, and apparently it is going well with business. I got a free hair cut voucher from Kids Emporium who runs the joint Maddy Magoo Salon. Little Miss has been growing her hair ever since she got the fringe and haircut in July at Maddy Magoo, Bedford Square. She loved her fringe and her haircut, but she also loves hair styles with longer length hair. She do not want to cut it at this stage.

I phoned Jackie at Maddy Magoo Fourways, and she was more than willing to change the free haircut to a free hairstyle. We saw her own hairstyle on Instagram, and Little Miss got very excited!


A transformation happened. A change of hairstyle is just as good as a holiday!

It's a World Vacation with Shopkins Season 8


Shopkins has launched Season 8: World Vacation! There is nothing that makes a little girl (and mom) more excited than cute dolls and tiny collectables that inspires the love of travel! The Shopkins and Shoppies characters and their friends visit different countries in Europe, Asia and the Americas.

Wordless Wednesday #341 - Coffee is the answer 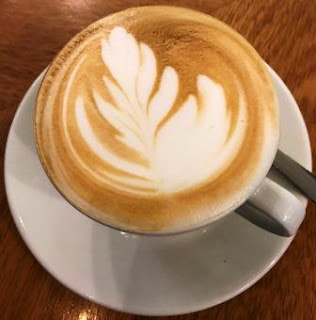 Email ThisBlogThis!Share to TwitterShare to FacebookShare to Pinterest
Labels: coffee, cuppa, java, what is the question? 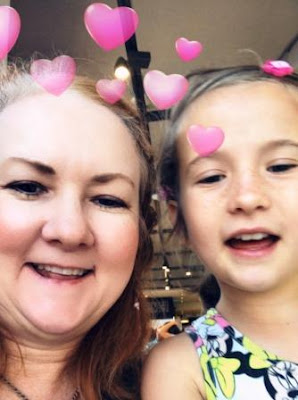 Little Miss asked yesterday that we go on a shopping trip alone!

I was planning to go to the shops quickly for the weekly lunch-box shopping in any case. So we just had to agree on the best shopping spot. She wanted to go to China Mall, but I convinced her to go to the newly opened West Pack Lifestyle (big-plastic-and-everything-you-can-think-of-supposed-to-be-cheaper-shop). It was a win-win for both of us, and she got a free balloon at West Pack. We also could do the lunch-box shopping at the nearby Woollies and get that cappuccino!

Why did she stay for so long? 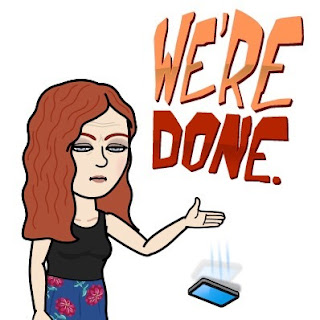 I haven't taken my soapbox out for a very long time! It's nice to be in a place where I am happy and safe and don't have to worry about going home to an explosive situation! That's possible for all, but only if we do it for ourselves!

I heard a TED talk the other day by Leslie Morgan Steiner about why domestic violence victims don't leave. It resonated so much with me,because a very long time ago in a very different life I was also 'stuck" in such a scenario. For nine years! (What was I thinking?)

The reason why you just don't leave is because it becomes the most dangerous time in your life when you decide to leave. As soon as I decided that I had enough - Finally! Finally! - I announced it to him and to the world. But I started to feel afraid to go home.

When someone shows you a gun with a silencer, when there is no reason to have a silencer... Then you are afraid!

When everything is your fault, although you have done nothing wrong, and you have to say sorry as far as you go. And smile when the person enters the room... I am only learning now about gas-lighting, but at that stage in my life I did not have the words for it! I only realised that he was blaming me for everything that he was to blame for! It worked for a while, as I was so flabbergasted being told that I am wasting our money... In the meantime he was not working, and not contributing!

While I had made a final decision to leave, I had to get my ducks in a row. I decided to tell him that I wanted to try again, but I told my family and friends that it wasn't true, and that I would still be leaving. That's was done to keep myself and my daughter safe! It's strange how many did not believe me, or thought that we had worked it out! It was the most difficult time, but I kept us save by doing the "right" things that would not trigger a violent outburst or make us unsafe.

As soon as we left, it got very dangerous. I had to get an interdict, and had to "hide". It was a difficult time! When you hear about an armed person trying to get into your property, or totally unknown people and friends phoning you and telling you that he has threatened your life! I was very afraid!

But we made it!
18 years later and I don't recognize that person I was, anymore!

What Leslie Morgan Steiner also said is that domestic violence flourishes because it is suffered in silence. Do not keep quiet about it! Tell everybody about it!

And ask people for help! People are more than willing to help, but can't help you when you don't want to be helped!

That's my contribution for domestic violence this month!
Don't suffer in silence! It's not your fault!

- Reasons why you should not stay

- Protect you children by not staying

Is a summer cough normal?

Apparently, summer comes with it's own challenges. That's why we are still struggling with runny noses and coughing at night. There's nothing more exasperating than those coughs that keeps a Little Miss awake! You would think that the heat and bright summer days would chase away all the bugs and that we would get a breather from the winter. But, no! We are struggling to put her to bed at night...
(Which means we do not get a wind-down time at night before going to bed ourselves! Which means we, the parents, are also more tired that usual!)

Prospan sent me a goody package, as well as the same giveaway package to give to one reader!

Some tips on how to treat a summer cough...

By now we know that a People's Theatre Production is always worth going! It's the best way ever to introduce children to the theatre!

A Saturday night in another city 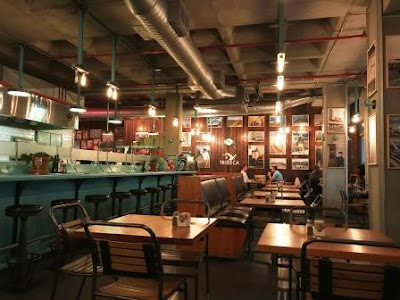 We had a most interesting Saturday night last week. The Voortrekkers had a Zoo Snooze at the Pretoria Zoo, and Little Miss HAD to be there!

Hasbro Fantastic Gymnastics - it's fun for boys and girls!

I saw the Hasbro Fantastic Gymnastics video before Little Miss opened up the game. It looked super easy! But it's not! I still haven't mastered the skill. 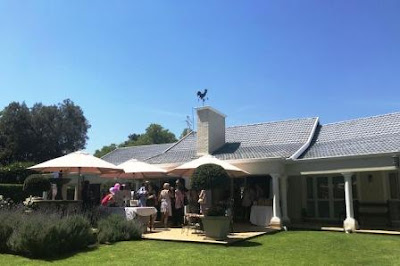