Domestic violence is a dance of avoidance for the victim

After I saw the movie Safe Haven on Sunday night about a women escaping out of a domestic violence situation, I was again struck by the way she had to try and sidestep the pending violent situation. But no matter what she did, it escalated!

I wrote a guest post on Blog Share Connect this week about domestic violence, because I learnt some valuable lessons in a previous lifetime...

R25 buys someone a future - in support of National Bandana Day

The simple message this year for The Sunflower Fund National Bandana Day Campaign:


“We all have Hopes and Dreams for the future.  By purchasing a bandana for R25 you could make a difference and offer those fighting leukaemia and other life threatening blood disorders a chance of a future”. 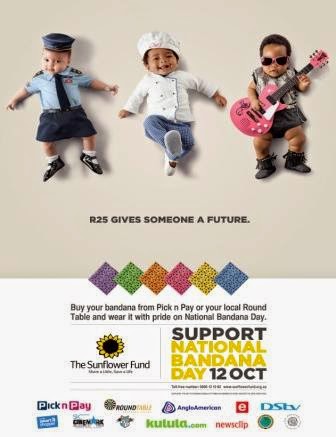 Please support this campaign and help make a difference in the lives of leukaemia sufferers.
Funds raised through National Bandana Day go towards paying for the tissue typing (DNA) tests for new donors which costs The Sunflower Fund R2000-00 per person.
Together, they can save more lives and they cannot do this without you.

The bandana can be bought at the nearest Pick n Pay or local Round Table, including in Namibia.

For more information on National Bandana Day and The Sunflower Fund, call the toll free line on
0800 12 10 82 or visit www.sunflowerfund.org.za 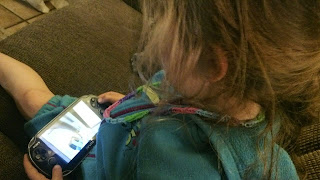 This makes a lot of sense!

I am too precious about my car 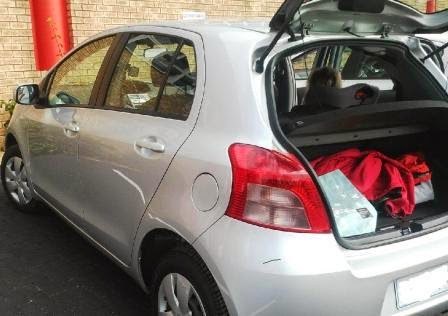 I love my car, and hates it when I have to drive another car.

It had to go in for the hail damage repairs from the previous year. I had to wait from last year in November. It had a few dents on the body.

I complained for two days when I got an Avis car to drive. I missed my car and the way it behaves!

But after two days driving around with the new car, its gadgets and its  zippy performance kicked in.

I did not want give back the Hyundai!
(It's a very nice car! Sorry, Toyota fans!) 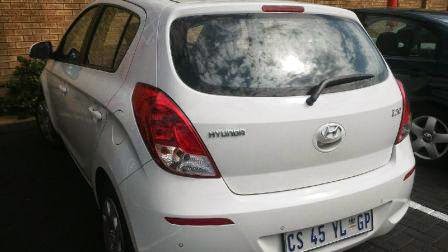 Now I can't wait to get myself a new car.

I still have to go a few miles with the Yaris, because The Student wants to study another year.
But after that... Definitely a new zippy little number with lots of gadgets!


I will not be that precious any more about my wheels!

Do you also LOVE your wheels?
Posted by Karen du Toit 3 comments:

Holi Festival of Colours - worth putting it on your bucket list! It was fun! It was full of colours! It was loud!
It was MUSIC!

I am glad we had the opportunity to attend the a Holi Festival of Colours in Joburg. I had won it over on Jenty's blog. The Student booked some early bird tickets, and we crashed their party! No!

We got some photos evidence of being splashed in colours and we ate and we drank and laughed at all the outfits and antics! And did some jigging!
And threw the colours! 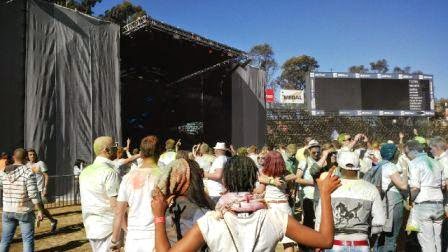 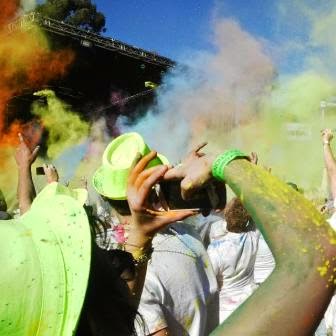 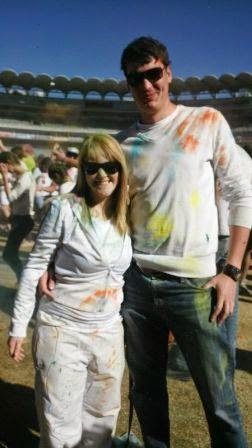 Hubby and me also got a chance for an extra date night when we left the party for a quiet dinner and drinks!

It was a lovely experience altogether!

(And after washing all those whites yesterday, we managed to salvage most of our white clothes for summer! Win-win!)

The preschooler decided on Sunday evening to practise a random topic for speech for the next day at school.
It is in Afrikaans about the earth, dinosaurs, meteorites and humans.
They are allowed to do a speech any time they feel like it! Mom just needs to send an IM to the teacher in the morning.


I would never have done this when I was her age. Even much older!


One more thing that makes me think she is definitely ready for school next year! 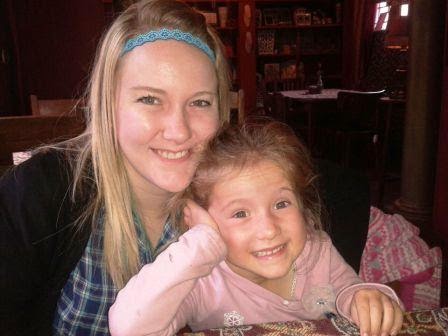 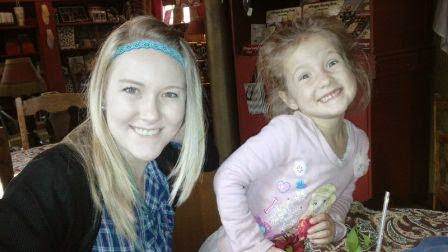 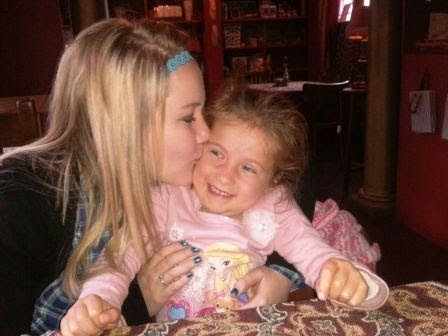 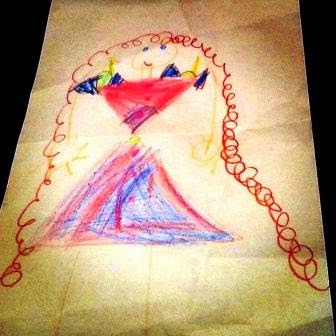 The school readiness results did not come back as positive as expected.

We will probably go to an occupational therapist, as well as an optometrist as suggested!

With hindsight I should have gone to the occupational therapist in the first place, and not "waste" my money and time at a educational psychologist.
I got the reference from parents at school, and did not think twice...


Little Missy also did a few unexpected things that could have impacted on the advice:
(As they do!)

- She brought a teddy bear along to the session. She hardly ever plays with her bears, and only once or twice slept with one of them.
There is no favourite bear that goes around with us, such as the blanket that her sister carried around.
But it definitely had an impact on the assessment, and the bear was mentioned a couple of times by the psychologist.

- She drew a terrible self-portrait of only a half person, with no facial features. And announced that it was enough for that picture for the day.
Her pictures are usually the most colourful and I like to share them because I think they are very good!
(See the picture on top.)

- She told the psychologist that her secret is that she was still drinking "Boobies" until quite recently. It was never a secret in our house, or to the outside world.
It seems that this confirms to the psychologist that she is still emotionally not ready, although I personally (and Natural/Attachment parents) think that it breeds a very emotional strong and resilient person! (As well as a HEALTHY person!)

- She was also only able to sit still for 15 minutes, before she got bored. In the written feedback it even says 20 minutes.
I think it is quite a long time for a little person to sit still? Maybe the stuff got boring?

- She also told the psychologist that we still sleep with her. It is true in part because we lay with her in her bed until she falls asleep. But then we get up again.. And then we only go to her at night when she calls, and sometimes falling asleep with her!
It is a parenting style that we as parents are both happy with!
It seems that the psychologist thinks we are still baby-ing her, and therefore she is not emotionally ready!


I know that the psychologist only got to see her for a an hour and a half.
We will not only base our decision on her inputs, but what we get from the OT's assessments. 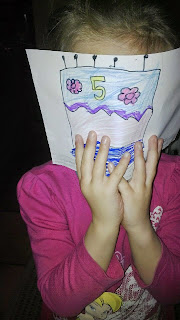 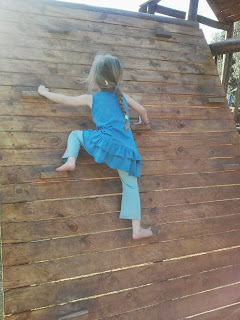 ‎
We are getting the results of the tests back this afternoon. It really is a difficult decision.

Little Missy was born in December, and we want to make sure!

I must mention that after this past weekend at the Voortrekker camp, I am less worried. She did her own thing, and could cope without us!
She even instructed us to leave her!

I don't see how we would be able to keep her for another year in Grade R?
Posted by Karen du Toit 6 comments:

A weekend camping with the Voortrekkers #thingsyoudoforyourchildren


Little Missy had a blast this past weekend.

She told us that she could have stayed camping with the Voortrekkers until she is a grandmother herself! She also wished that her friends could have experienced the same!

Some of the photos: 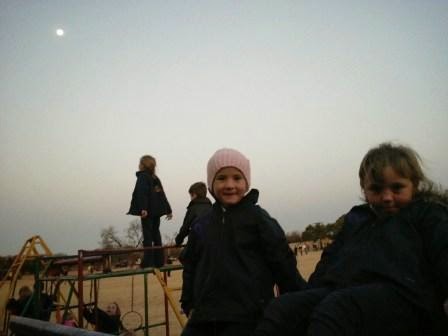 She told her dad today that the best thing of the weekend was the jungle gym in front of their sleeping quarters! 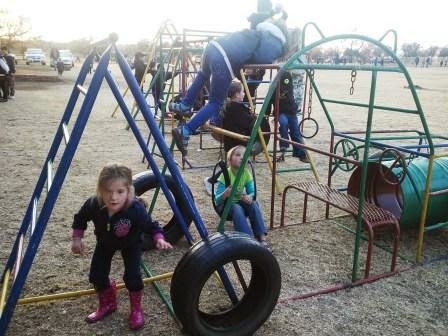 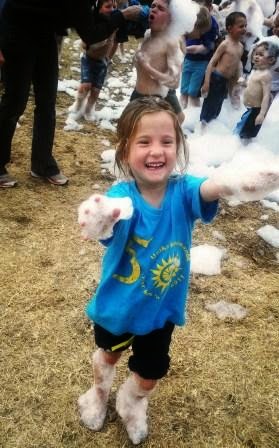 
Some of the things the Moms and Dads had to do this weekend: (For future reference, of course)

- Camping in the cold and dust.

- Hanging around children who tells you that you are not needed! You can go!

- Doing camp duties such as a night walk with the children, or a 12 - 2 am security watch. (Although I have a strong suspicion that the dads enjoyed the standing-around-the-camp-fire-with-wine-stories!)

- Standing to attention 6 times and singing the National Anthem.

- Being woken by Afrikaans songs being played over loudspeakers at 6 am on Saturday and 6:30 on Sunday.

- Having to remind the little ones they need to go to the toilet, or brush their teeth, or change clothes! (Not a priority in their lives!)

- Having to do a dust load of washing after the weekend.

- Having to contend with very exhausted children on Sunday night.


Yes, the things we do for our children!
Posted by Karen du Toit 4 comments:

Holi smokes! We are going to the Holi Festival of colours! 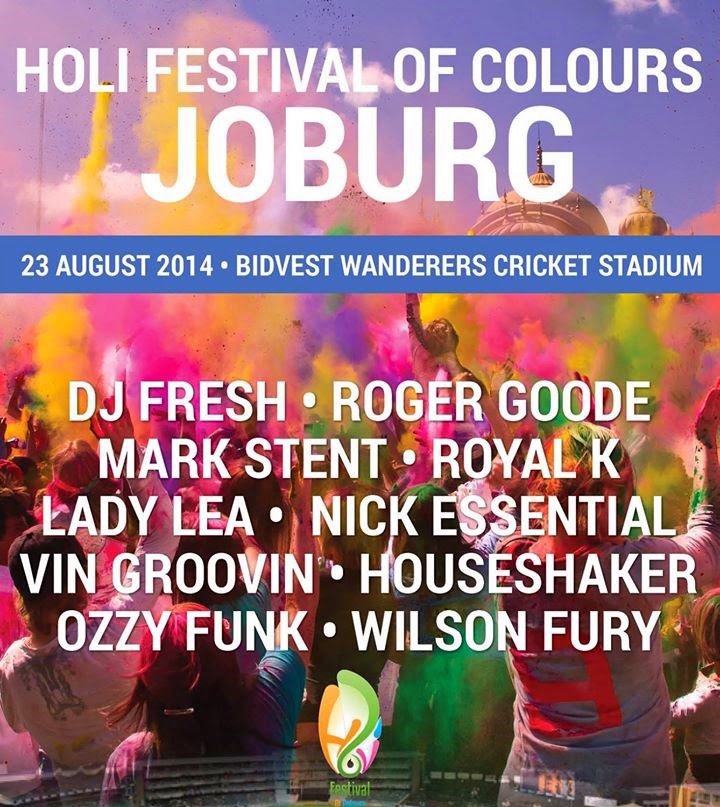 Does it say something about me that I am very excited about it?

The Holi Festival of Colours Joburg is on the 23rd of August.

I won the tickets over at Jenty's blog.

I saw yesterday on Facebook that the general age group falls between late teens and young adults!

Ouch! We are going to skew the numbers!


A question to somebody who have been there: I have hard contact lenses. Can I keep it in, or would it be better to go with my glasses? Or should I wear a diving mask? 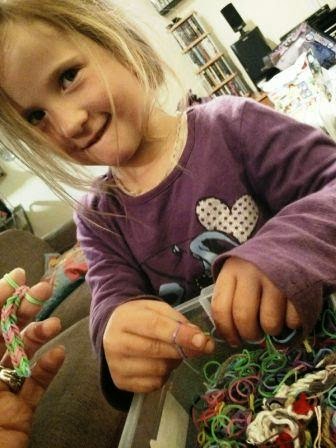 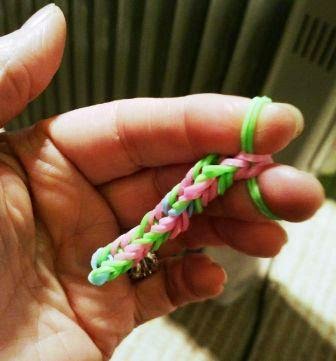 Women's rights in the month of August

Here's to strong women everywhere for the month of August!

And even though you think you are not strong, believe that you are!

The Student pulled out her soapbox, and I so love that she gets this:

"...the responsibility of the extent of the abuse, does not only lie with the abuser, but with you and how much you will allow until you say: ENOUGH!"

Millenium Lady: Women's rights in the month of August

So proud of the strong woman she is!
Posted by Karen du Toit 3 comments:

Spidergirl ready to save the world... or pushing the go-cart

Little Missy's school has a fundraising effort today with go-carts and theme dressing for each class. She is part of the Super Hero team!
This is the best we could come up with to look like Spidergirl.
There is a red t-shirt underneath.


She was feeling a bit exposed today when we arrived at school, because everybody was looking and commenting.

The mask did not stay on!

And this is the Super Heroes! Evidently Spidergirl turned into Supergirl because her cape got torn!


Have a SUPER FRIDAY!
Posted by Karen du Toit 4 comments: