Pictionary Air - a hysterically funny game for the whole family 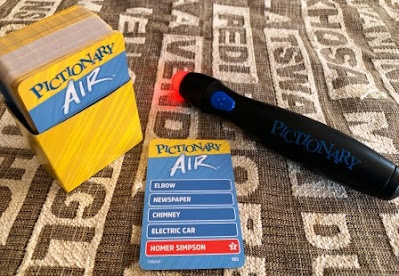 Mattel's Pictionary Air is the the classic quick-draw game has been taken to the next level. This hilarious version of the game takes sketching off paper and onto your phone, tablet or TV screen.

Players take turns to draw in the air and see it on screen via the free Pictionary Air™ app (also on the Google Play store), while trying to guess the object. The in-app camera gets pointed at the illustrator and they appear, along with their sketch, on the screen of your smart device. Extra hilarity ensues when the sketch goes sideways because the illustrator struggles to stay on point with the sketching, or the person holding the in-app camera moves (on purpose, OR not!). Casting to your TV causes even bigger laughs!