We visited the Walter Sisulu Botanical Gardens today. It was overcast, but a lovely day in the Gardens. Each time we are here, I am reminded that we must come here more regularly! 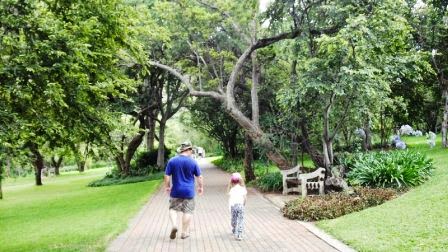 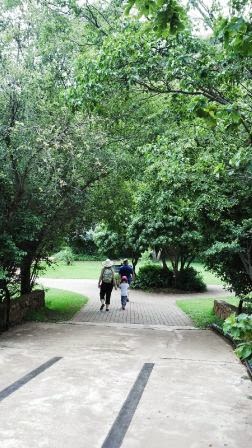 I was surprised to see that the waterfall rocks had turned to a blue, but later realized it was only me who saw it this way as it was my sunglasses.

We managed to hike up and down the mountain. It is always a treat to see the views, and look onto the eagles' nest. 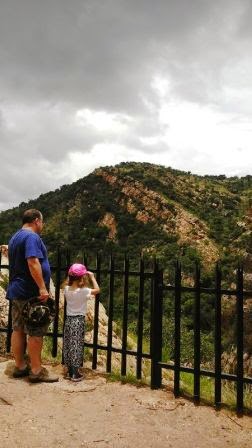 We were already eating a scone after the excursion when a huge downpour hit the Gardens and surrounding areas. We had to scramble inside the restaurant and wait for the rain to subside.
It was coming down in buckets.

When we were walking down the path way on our way back, we could hear the waterfall crashing down>We had to go and look again at the waterfall after the storm.

It was magnificent!
I am including these two photo before and after the downpour.

The Student also shared her experience of today: The power of rain and nature (with a video included taken by Hubby) 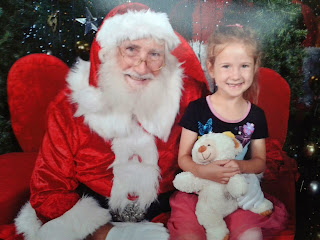 We went to see our favourite Christmas lights house in Randpark Ridge. Each year there are more lights and more people stopping by. This is the 12th year they are doing it!

This year they added Christmas songs in the mix.

My photos are definitely not doing it justice, but it is really worth driving past there! 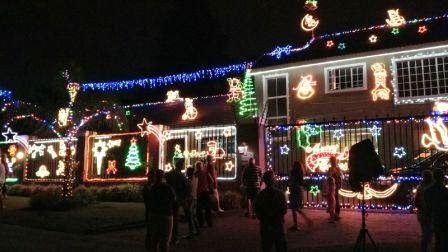 The owner Tamryn Paley left a message on my blog in 2012. They are doing it for charities!
Posted by Karen du Toit 1 comment:

Two days to go before Christmas

We are counting the sleeps!


How cute is this Little Hoot?
The Little Hoots team  used a Little Hoot from the app to make this Christmas decoration.
If we had better postal services, I would have loved to order it!
Posted by Karen du Toit No comments:

Happy birthday to the Little Miss - finally a 6!

This has been a long wait, but it finally happened!

Little Miss has been celebrating since the end of November with a Spur party and she took party packs to school as well just before the end of the school term.

The teacher took these photos of her in class. 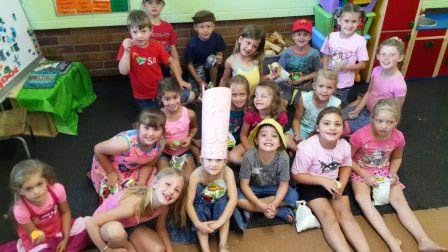 She also got her birthday present from us a little earlier. The trampoline has been a constant source of activity and joy!


I asked her last night about her future plans for Grade 1. She promptly answered with another question. Can she wear her hair loose in Grade 1? No!
Well , then she wants braids one day, two ponies the next day, and then again a French braid in her hair the next day...


Happy birthday to my not so little girl any more!

You are a constant source of joy in our midst!
We love you!
Posted by Karen du Toit 2 comments:

Accidents happen and we have a Screaming Queen Deluxe!

We were on our way to the shopping mall, with Hubby carrying a sleepy girl on his shoulder.
He did not see the pole next to the shopping trolleys and it cut into Little Missy's leg.
(Who makes a pole with sharp edges on top?)

So off we went to the nearest Hospital Casualty with a screaming child! I was holding my hand over the wound with a tissue, and Hubby was driving as fast as he could. Little Miss was crying, and screaming, and whimpering and asking every two seconds if we were at the Hospital already!

At Casualty she was also performing every time they came near the wound. They had to calm her with a plaster over the wound and drops, but it did not really work! As soon as she saw a trolley coming near, or a nurse or doctor approaching, it was screams and antics!

In the end they rolled her in a sheet to keep her arms from touching her leg, and Hubby had to hold her while the doctor stitched her up!

She was screaming that she was still feeling everything, and that they were hurting her! Hubby got upset and asked if they were sure that she could not feel anything. But she had the injection, and they assured us that it was not sore any more! She got four stitches and a tetanus shot. The injection in the end was the worst because she did not expect it and it was very sore! But we had to have it done!

While we were walking out of the doors she told us that she could not feel a thing, but that she was afraid and that's why she was screaming so much..

Yes, our girl is a true Screaming Queen Deluxe!
(The same as I remember myself at that age!)
That's why the teeth hang by threads and it gets lost!

Luckily she is all bouncy again today with a story to tell!


Who wants to go with her when they have to remove the stitches next week?

What does it take to raise a child to adulthood? - Kid Calculator

Finally, a calculator to compute the expense of having a child and raising him/her to adulthood!
It's a bit of tongue-in-cheek fun.

It's a calculator based on American living expenses, and also calculates in US dollars, but it is easy to convert. 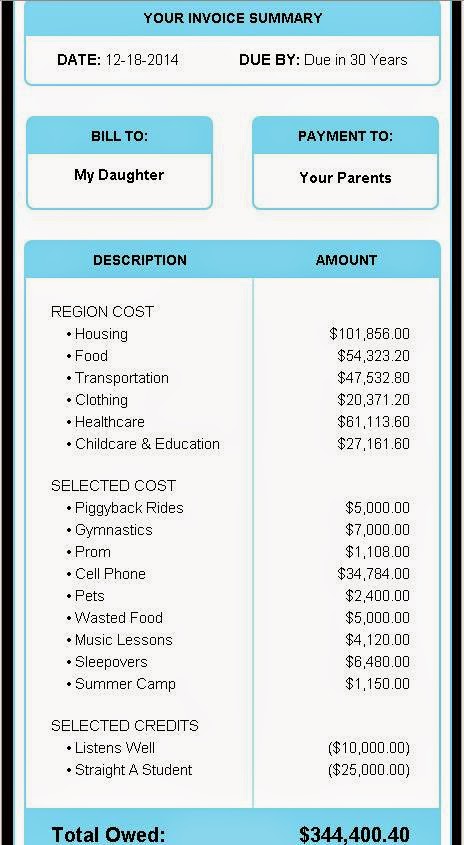 The certificate can be shared on social media, printed or emailed.
Very cute!
Posted by Karen du Toit 3 comments: 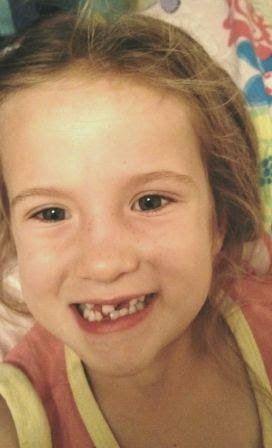 These "adventures" with teeth are keeping us busy, it seems!

Little Miss lets them hang and wiggle in her mouth, but won't let us come near them, or try to loosen them up.

Tooth number 4 was still there when Little Miss brushed her teeth on Tuesday night, but she discovered the open space (on top, right hand side) in her mouth while reading a book to her and her friend.

It was a total melt-down situation!
It was traumatic!

Luckily the situation was brought under control by promising to write to the Tooth Mouse, and telling him about the situation. He would definitely find the tooth where it had gone missing!

Big Sister wrote the letter, and it was placed in the slipper.
(Letter to the tooth mouse here: Babysitting two girls)

On Wednesday there was a letter back from the Tooth Mouse with a R10 paper note.
He wrote that he had found it! Jay!
Posted by Karen du Toit 2 comments: 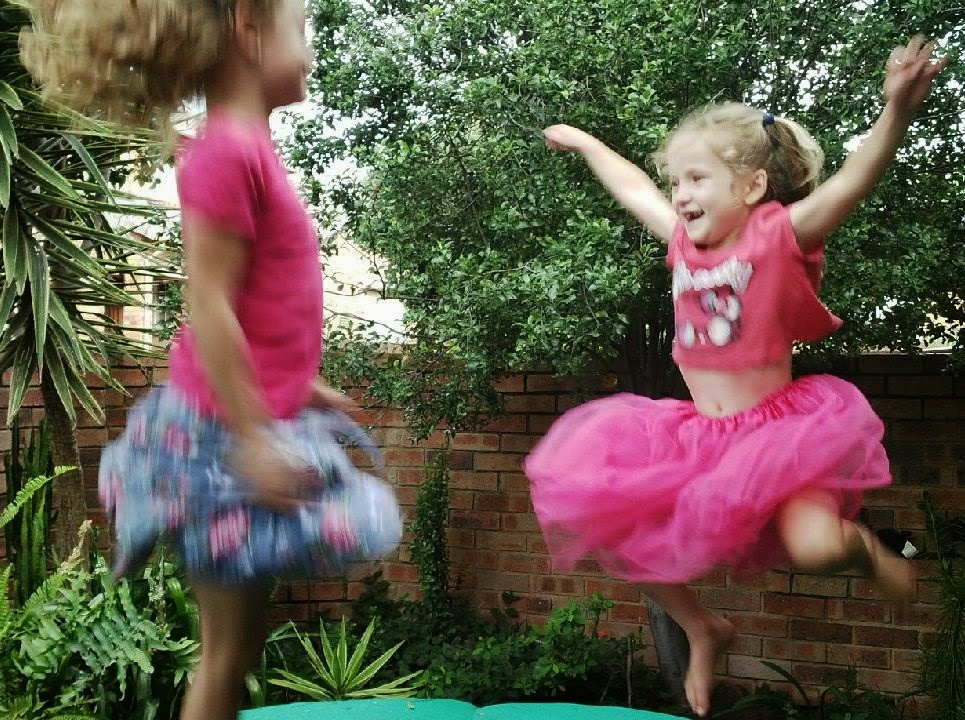 Stunning Tutankhamun - His Tomb and his Treasures exhibition in South Africa

We were blown away by the Tutankhamun Expo at Silverstar. This international exhibition is the first time in Africa!
It is really worth to go for adults and kids!

The exhibition illustrates the fascinating story behind the exploration and excavation by British archaeologist, Howard Carter of the Tutankhamun Tomb, the history of Tutankhamun, and the culture of ancient Egypt.
It takes the visitor from the beginning of the search for Tutankhamun and how Carter found the tomb. It unpacks the tombs in the exhibition one by one. It is totally fascinating, and afterwards when we as family compared notes, we found that some of us missed some of the details.

I am only sharing some of my photos here, since it does not convey the splendour and intricacies of the exhibit. You really need to see it to appreciate it.

Make sure that the kids get the kiddies headsets. We did not know to ask for it, but Little Miss seemed fine with listening to the adult version. 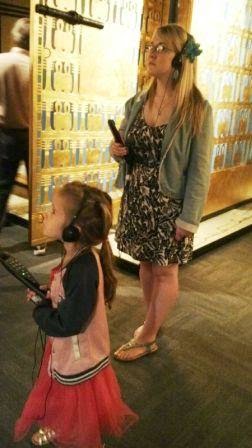 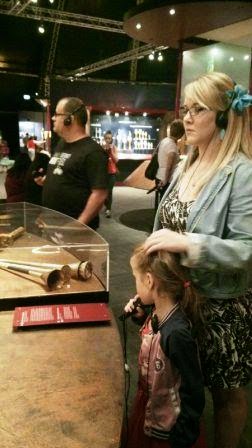 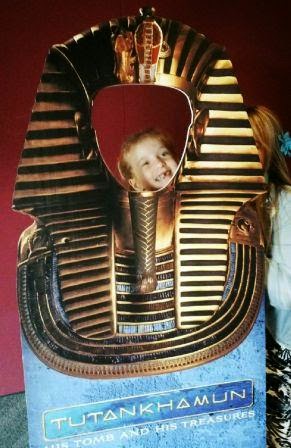 I want to go back for more, especially since we spent too short a time in the first exhibition space and could not go back when we realised we missed some of the exhibits.

Kids under six go in for free, and luckily Little Miss just made it before her birthday next week!

This is a great activity for the holidays!
Posted by Karen du Toit No comments: 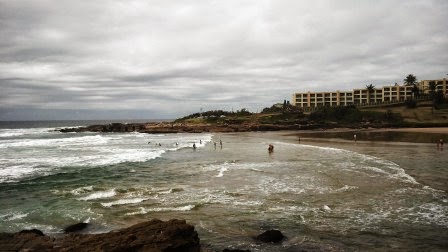 We had a lovely week at the South Coast in Uvongo.

Of course the week went by in a flash! We were looking forward to it for such a long time, and we tried to fit in as much as possible each day.

The weather was cloudy for most of the time, but we actually preferred it to the blazing hot sun. The family could still swim and we spent most of the days on the beach.

It was the first time since I was very small that we explored this part of the South Coast. It is such a lovely place. We explored Uvongo, Ramsgate and St Michael's.
I can easily spent all my days here...

Little Miss loves the ocean! She spent most of the time very near to her Dad and directed him up and down and in and out of the waves. 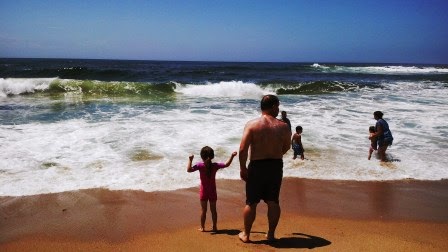 It was bliss!! Just tooooo short!


Today we are back into the grind again for the next two weeks before Christmas.
This is going to be difficult easy! Deep breaths!


Enjoy your holidays!
I am envious of those of you going now on your holidays! Where are you staying?
Posted by Karen du Toit 2 comments:

The Dino Expo great for the little little ones

We finally took Little Miss to The Dino Expo at the Johannesburg Botanical Gardens.


We were not popular last year when there was another dinosaurs exhibition, and we did not buy tickets in time... So we bought the tickets when we saw this advertised.

We thought that there were going to be lots of dinosaurs jumping out from the bushes, but not as much. The adults found it all a bit lame, but judging by the kids and their reaction it was still worth the effort and the prize of the tickets. (Which is a bit steep! R120 Adults, R70 kids. The standard tickets were sold out already??)

There are a couple of recycled metal dinosaurs, which makes for nice photo ops and gives an idea of the height of these things. 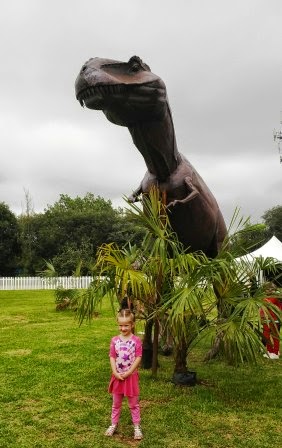 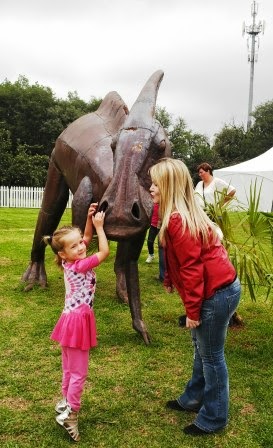 The Wits University dinosaur fossils and dinosaurs were included in the educational exhibitions. South Africa’s own dinosaur species such as Iguanadont, Nqwebosaurus and Aardonyx Celeste are also on show. This is very interesting! 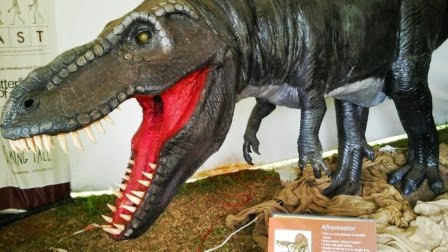 The African-themed dinosaur animatronic theatrical show was great for the little ones, especially since it is interactive, and the children loves going to the front of the stage. Even our Little Miss was up in front.

Afterwards Little Miss could do a dinosaur colouring, and dig for some bones. This is for free. 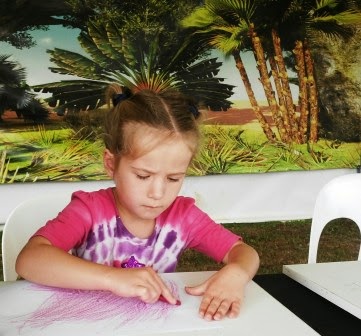 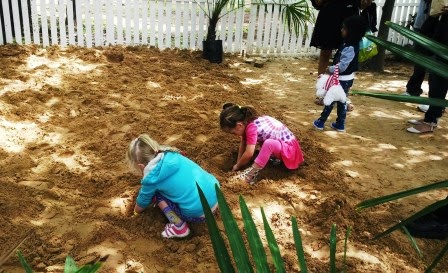 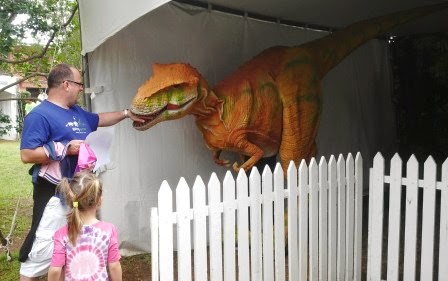 The inflatable roller was also a hit, although Little Miss went the whole route saying "Yikes!"

There is a water slide as well, but you have to bring a swimming costume for this.

Also remember to bring extra cash for dino shoes and all sorts of paraphernalia and books.


This is great for the smaller kids!
Posted by Karen du Toit 6 comments: 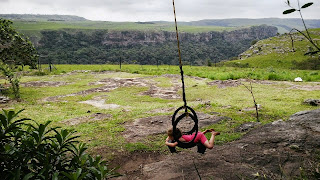 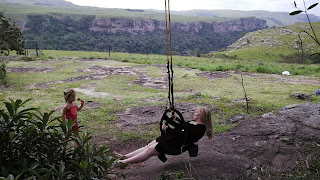 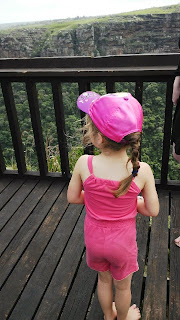 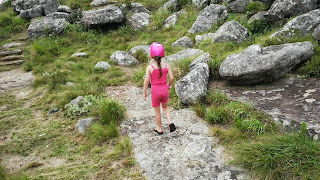