Twinsaver honours special Women in August with a special edition pack supporting breast cancer survivors by donating a portion of the 9-pack to charity.

The story of  one of the young survivors, Jenna Skews, hits very close to home. Our Eldest also had to deal with finding a lump in her breast. It was a big shock, as we realized that 18 year olds can get breast cancer! The first diagnoses was that is was non-malignant, and that we should not even worry. Luckily we got a second opinion, and now we know that she cannot ignore it, and needs to check it regularly. So far the fibroadenoma has not increased in size, and the hope is that it will disappear after a few years. But we cannot ignore it! It needs to be checked! 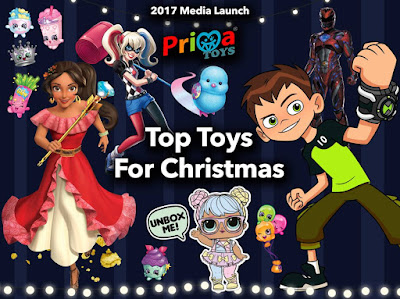 Parents are allowed to get excited about toys! Yes? I was so inspired at the Prima Toys media launch last week. That's where Warren Murray spoke about dads being equal partners. The new toys that are coming to South Africa are epic!

Play is a very important part of our children's lives! Play shape them and give them a safe space to learn about life!


The upcoming blog posts will be divided into girl and boy toys, but there are also toys that both genders will definitely enjoy to play with! Of course I will be starting with toys for girls, as my little girl loves her girl toys. You can say what you want, but she's not really into cars or robots. 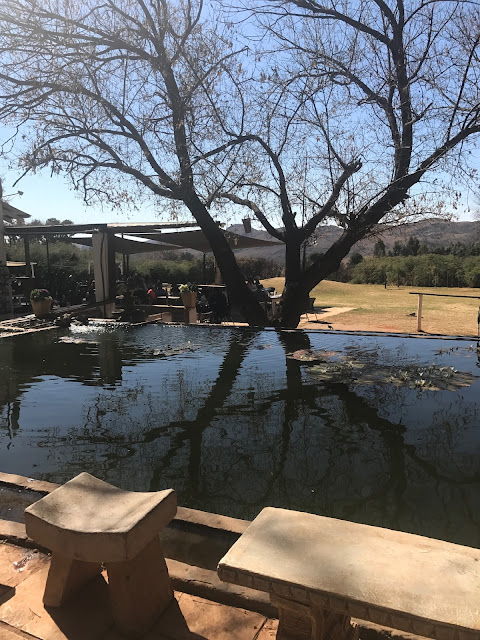 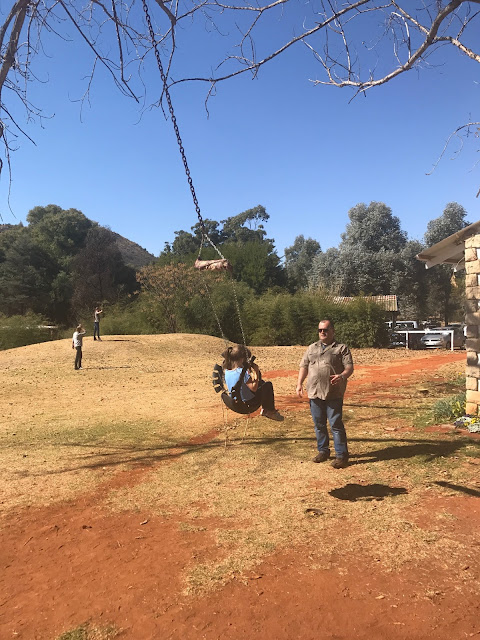 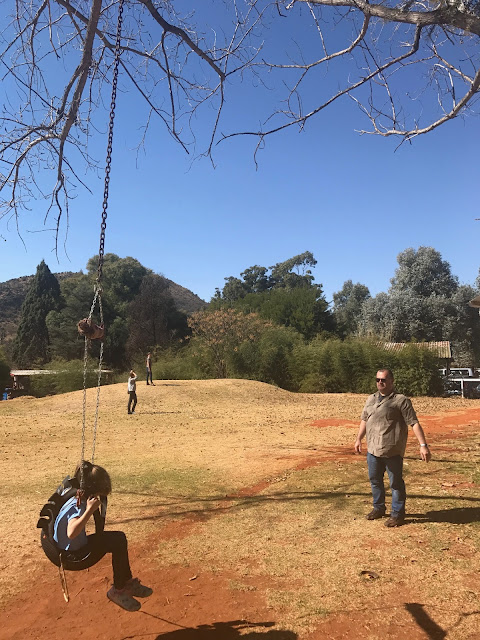 A fringe is as good as a holiday!

Little Miss has wanted a fringe for years! I have been reluctant, because I know it's an issue as soon as it starts to hang in the eyes. It also needs to be cut regularly.

Little Miss needed the haircut, and of course the whining about the fringe finally worked! (Yes, I know! *Rubber arm!*)

Little Miss could not stop talking about the haircut and the fringe. She was counting the days until we finally took her for the haircut at Maddy Magoo, Bedford Square. We got a free cut and blow from Kids Emporium at the Bloggers Breakfast. Maddy Magoo has opened the new store  In Bedford square in conjunction with Kids Emporium from July this year. It's in a lovely setting! Mom can browse in the Kids Emporium while the kid is entertained on a tablet/monitor while her hair is being cut! (And dad can go for a cappuccino/beer at a nearby restaurant while watching rugby!) WIN-WIN-WIN!

Dads are equal partners in parenting

Exhibition Director of MamaMagic Baby Expo, Warren Murray, is all about equal parenting! Dads want to be involved in the whole process of pregnancy, birth and they are 100% involved in the lives of their children. That's true for most men I know. Hubby is an excellent example! Dads are not babysitters, but parents. Full stop!

Warren Murray addressed us yesterday at Prima Toys Top Toys launch of the season. It was a Christmas in July celebration. I am so excited about all the cool toys, but will break it up in a few posts to come.

Warren did not say anything we do not know already, but it was a passionate plea to set the world's record straight, and to get rid of stereotypical notions about the role of dads. Even dictionaries have not been updated yet!

A search on Google reveals the dichotomy between the words "mother" and "father".
Dads are involved equally, not only from inception, but throughout their children's lives. Warren and his wife are actively and consciously creating moments as a family! They have found play to be a wonderful catalyst of being present in the lives of their children. Play is in the simplicity of things. It's not about the toys, but about the presence! It's not about the mom or the dad, but the partnership!

Does your hubby fit the bill?


Prima Toys media launch was so much fun yesterday, but we also got inspiration for the roles we play as parents!

Birthday at Hard Rock Cafe in Johannesburg - Such a treat! 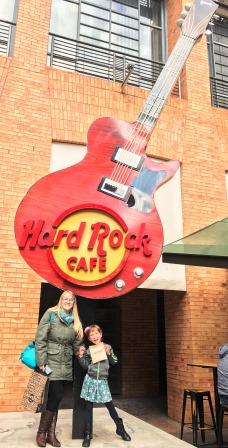 We celebrated The Eldest's birthday two years back at Hard Rock Café in San Antonio. We have never been to Hard Rock Cafe in South Africa, and this year we decided it was time! It's a thing to buy a t-shirt in a Hard Rock Cafes whenever you visit a city worlwide. The Eldest has a nice collection already, and she is planning to get some more... (*Thumbs!*)

We love the vibe and the food! It's an experience. They have a kiddies menu as well. 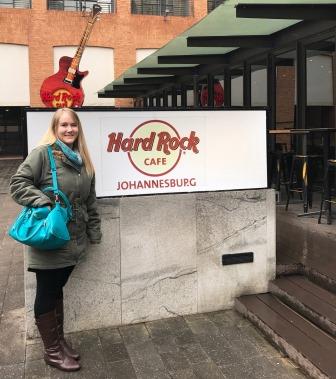 And of course, the obligatory selfie with the great man, Madiba, on Sandton Square!

The Smurfs are Live on Stage 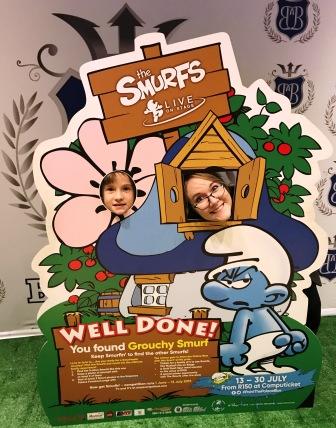 We attended opening night of The Smurfs Live on Stage yesterday evening at The Theatre of Marcellus at Emperors Palace. This is an excellent show for the whole family for the holidays! And beyond!

The Smurfs are a treat, and for the parents there is the wonderful evil character of Gargamel! Let me know if you agree? I think he is the best!

Email ThisBlogThis!Share to TwitterShare to FacebookShare to Pinterest
Labels: Blu Blood, Emperors Palace, musical, Smurfs, Smurfs Live SA, The Smurfs Live on Stage, Theatre of Marcellus, things to do, things to do with kids

Little Miss has a three week holiday break. It's a very long break for a little girl who still has to go to school. It is Vacation School, but still... It's at school!

Mom guilt took over, and I decided to take a week (this week) with her! The plan is to relax and sleep late. We are doing it!

Things escalate each day, because she gets me to do more than I think we/I should! Yesterday I promised her a picnic, and soon we were buying sushi at Spar and going to the Walter Sisulu Botanical Gardens. (I was thinking of having a picnic at home...  Real mom rubber arms, it seems!)

Little Miss packed our picnic basket, and of course I had to carry a heavy basket, instead of the back-bag that I suggested to her. (Why do I do this to myself? Rhetorical question, of course!)

But I was glad we went. It's lovely in the gardens this time of the year. The succulents are in full bloom, the waterfall is full and the eagles are flying overhead. 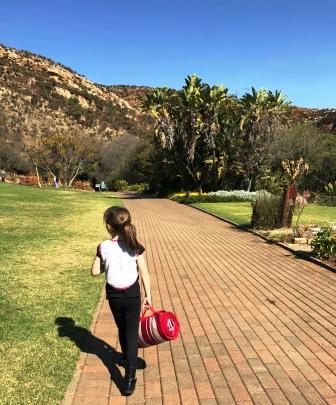 I was also instructed to pack away my cellphone in my bag!
(Mom fail! Sorry, Miss, I still wanted to take the picture.) It is lovely spending time with you, and I want to remember it!


What are you doing these holidays with the little ones? 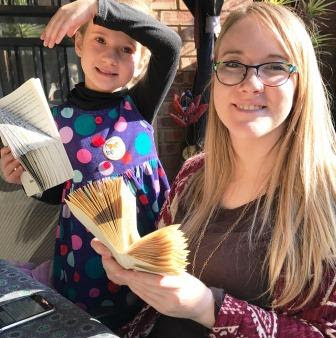 Happy birthday, K! I am so glad that you are enjoying your life, and having the best time!

May your day today be one of celebration! We are stretching it out until the weekend this year!

Thanks so much for all you are teaching us. You are the kindest and most compassionate person I know! You are always helping others! Thanks for the lovely example you are for our youngest!

Your smile and warm greeting to each and every body you meet makes it a pleasure to be around you! Stay as you are!

May this year be the best yet, and may you still go on those travels you were planning!
Boomerang back as much you want! ;-)
Posted by Karen du Toit 3 comments: 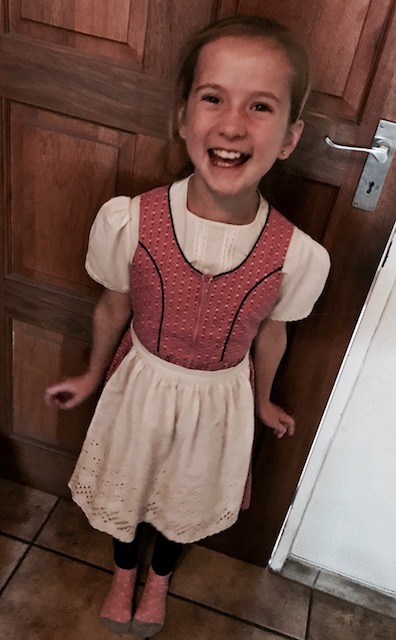 I made cupcakes, but I did not win the Grundig oven #GrundigMomoftheYear 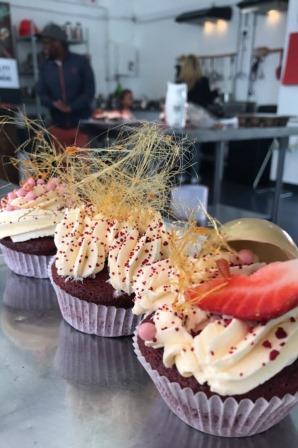 The Grundig Mom of the Year event was held at the Johannesburg Culinary and Pastry School in Johannesburg. Slaying in the kitchen is not one of my favourite pastimes, but for an oven I could break my usual misgivings.

I had such a great time working together with Brent Grung of Born Fabulous who had won the culinary experience through Tums 2 Tots Online. Luckily he's got chef skills, and that's why our cupcakes were perfect! Thanks, Brent!


The saved story of the day (SnapChat @karentoittoit) is uploaded.
I did not win the oven! (*sad face*)


Melissa Javan (the winner on this blog, but who could not be there), you missed out big time!


Top photo: I decorated those cupcakes and I am proud of it!
Posted by Karen du Toit No comments:

Still not sure what special family activity to do this holiday? Go see The Wonderful World of Disney on Ice!

We saw a Disney on Ice two years back, but we are absolutely in awe of the most recent production of The Wonderful World of Disney on Ice! It's better, bigger and more entertaining (for the whole family!) than we remember the previous show we saw!

Maybe it was because it was the evening just before we left for our adventure to San Antonio. Maybe it was because of our seating. The previous time we had seats high up in the air. This time we were seated to the front and more level with the ice-skating rink. Maybe it is just because it IS BETTER and just so much more entertaining! Most probably! Dad, Little Miss and I had the greatest time on Friday night! 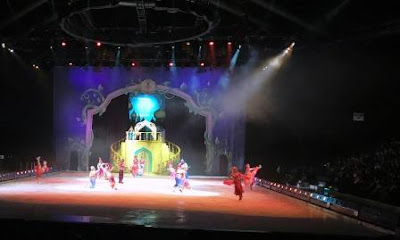 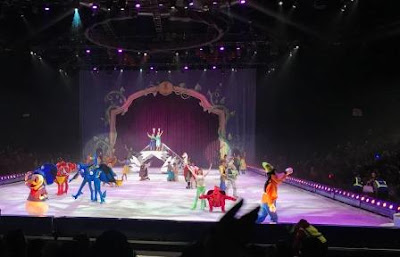 The extraordinary lineup of Disney stories that come to life in The Wonderful World of Disney On Ice! Join Mickey Mouse, Minnie Mouse, Donald Duck and Goofy on a walk down memory lane with Dory, Nemo and Marlin from Disney•Pixar’s Finding Dory as well as Anna, Elsa and Olaf from Disney’s Frozen. There’s Rapunzel, Snow White and the Seven Dwarfs and your favourite Disney Princesses plus Buzz and Woody; Simba, Timon and Pumbaa; Jasmine, Aladdin and Genie. Make unforgettable memories as you explore The Wonderful World of Disney On Ice these July school holidays.

All the favourite Disney characters are here, and we love the most favourite snippets from our Disney shows!

The Wonderful World of Disney on Ice was absolutely magical last night! #DisneyOnIce Highlights from all our fav Disney and culminating in #Frozen was the best! Even the parents enjoyed it! (Yes!) The production was much better than two years back! The production, the skill, the wardrobe, the characters and the skaters are top class!!
A post shared by Karen Du Toit (@karentoittoit) on Jul 1, 2017 at 2:42am PDT


If you are still not sure what to do with the kids, this is the show!

The show is still on until 9 July at Ticketpro Dome, before it moves to Durban and from there to Cape Town. It seems the tickets are flying fast on Computicket, and it is better to book sooner than later!


Disclaimer: We got tickets to the opening night, but I was not paid for this blog post.
Posted by Karen du Toit No comments: