29 months: I am making my voice heard!

The Toddler is 29 months now. She is her own little person!

We took her to the gymnastics yesterday, and she flatly refused to do any of the exercises. She woke up with a cold earlier, and I gave her some medicine which made her drowsy. Which I think had a lot to do with her being miserable...

We were discussing if we should take her home... Especially since another father took his son home when he did not listen to any of the instructions! But we were glad we did not! 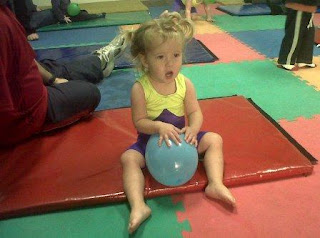 The balloons made all the difference! The Toddler forgot she was miserable! They had a ball balloon of a time throwing, hitting, and kicking it!

This again made me realize that we can’t expect our little ones to always do everything we tell them to do. They should be allowed to make the choices of when to take part, and how! We should be the ones giving them the opportunities, but not making judgements on how they choose to become involved!

I have seen that all the toddlers get lapses in concentration; but that they do partake in the exercises which they like! We should not “punish” them by preventing them from going or making negative remarks when they do not EXACTLY as being told.

They all learn in different ways, and as long as it is fun, they all get it in the end!

She's got a voice, and she is allowed to use it! 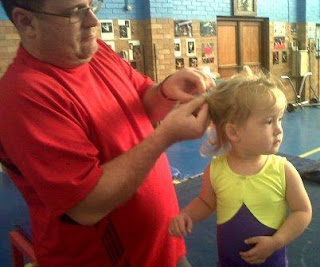