Bullying: We are stronger than we think! 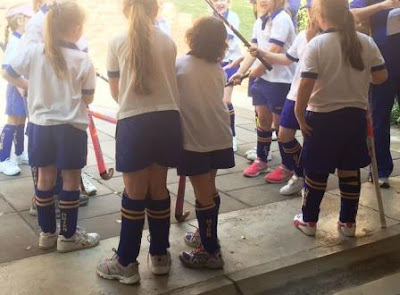 I was alerted to Elsa’s website, Stronger than you think, by Lynette (A work in Progress) who is her sister. Elsa’s daughter disappeared with a friend, and was only found 4 days later. (This is of course great news!)
All because of bullying at school!

They knew that her daughter was unhappy and that she was bullied, but they were hoping to sort it out with the school. This did not have a satisfactory result.

Elsa has learnt a couple of lessons along the way. I am also worried about the girl politics at school and the fact that little girls can be so mean to each other! We get feedback on a daily basis about the ugly things the little girls say to each other! It makes Little Miss very unhappy!

Elsa wrote me the following, and she agreed that I can share it on my blog:

“Since I started making noises about the prevalence of bullying and what I perceive to be the inability or unwillingness of the school staff to deal with it, I have had a lot of responses from all over the world... it is quite overwhelming.

I am hoping that the website I am setting up will be a place where people can find encouragement, support and maybe some help/advice for dealing with their own situations.

Three of my four children have had to deal with bullies. My son has been the only one subjected to physical bullying. We spent quite a bit of time on phone calls to and meeting with the principal and teachers. Unfortunately there was very little done about it, but we most certainly made a lot of noise. My son is no longer being bullied. Not because they stopped being bullies but because he started Muay Thai which has given him the confidence to stand up for himself.

Both my daughters were subjected to verbal bullying directly and through the spreading of rumours as well as cyber bullying. My eldest dealt with it by facing up to them, but my youngest is a marshmallow who could not deal with it at all - she became so paranoid that she no longer felt safe at home, even. She ran away with a friend and was missing for 4 days. It was hell. Since her return we have moved her to a private school and she is also seeing a counsellor. We are hopeful that she will be able to deal with any new problems in the future.

I am sorry to hear that your daughter already has to deal with other mean kids. I unfortunately don't have any fool proof answers as to how to stop it. Emma (my youngest) was teased and insulted daily when she was that age. It broke my heart. Unfortunately the only thing I could do was to counsel her not to resort to the same bad behaviour, to avoid the nasty girls as much as she could and to tell the teacher when she felt she couldn't cope with it. My husband and I raised the matter with the school several times and insisted that something be done about it, with no noticeable results. Eventually they found someone else to pick on and left her alone. There is no feeling of victory in that, is there?

As a parent, you have the right to insist that the adults where your child is attending keep her safe. You may be able to reach out to the parents of the children involved - hopefully they will be receptive. Quite often they are not, but it is worth a try. You can also look into your legal rights and whether you can involve the police.

I thought I would mention to you what a friend of mine's gorgeous child is doing, because I think it is a brilliant idea.  She started a colouring-in club at her school (she is 9). This provides a place for children who do not feel safe during break times to get together and participate in activities. She started the club about a month ago and now has 21 children who regularly participate. Her mother, I and a few other people are providing the supplies. It is inexpensive and effective. So at least for now those little ones are safe from their tormentors.”

I was just reminded again that we can’t ignore these things or tell our children to ignore it!
We have to act and to help them to handle the bullies! I love the idea of a colouring club!


Elsa is based in Australia, but the problem of bullying is a worldwide one!
You can help Elsa by sending details of where to get help in your own country:
elsa @ stronger than you think .me
Elsa's website is also going live next Tuesday, and it will be worth checking out more stories, including an interview with Kitty who started the colouring club at her school.