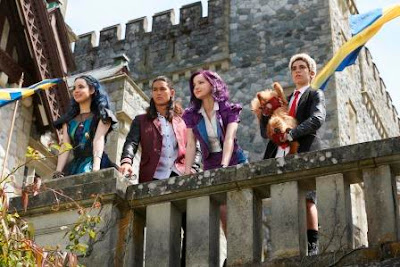 We were fortunate enough to attend the Premiere on Saturday and it did not disappoint. I was a bit apprehensive (not much) about taking Little Miss along as she is only 6, and was afraid that the theme would be over her head, or that it would be too dark!

Luckily Disney always takes the whole family (from toddlers to kids to tweens to the parents) into consideration with their story-lines and Little Miss enjoyed it as much as her Mom did! I even had to wipe away a few tears! (But that's just me!)
The whole family will enjoy this!

The characters are believable and funny and witty and charming! Their coming-of-age life encounters as well as living up to their parental as well as peer expectations are extremely well done!
I can see that Little Miss is already hooked on the character of Mal, Maleficent's daughter, who makes the choice for good (as with the rest of them) in the movie! 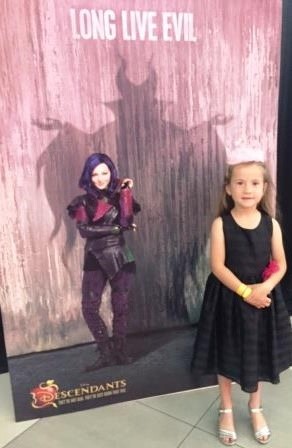 The food was divine! 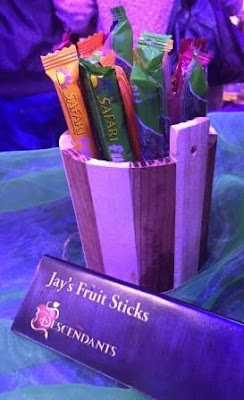 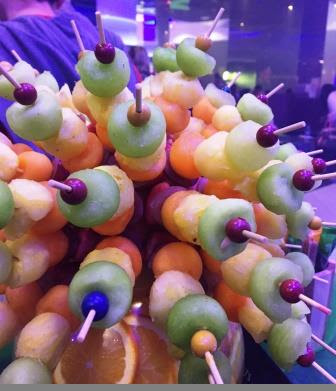 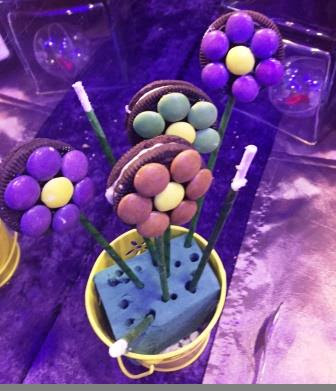 
The story, set in the idyllic kingdom of Auradon, playfully presents the unexpected possibilities of what happens after the "happily ever after."  As it unfolds, Ben, the benevolent teenage son of the King and Queen (Beast and Belle from "Beauty and the Beast"), is poised to take the throne. His first proclamation is to offer a chance at redemption to Mal, Evie, Carlos and Jay, the trouble-making offspring of Maleficent, the Evil Queen, Cruella de Vil and Jafar, who have all been sequestered on the forbidden Isle of the Lost for 20 years. These villainous descendants are allowed into Auradon for the first time to attend prep school alongside the teenage progeny of Fairy Godmother, Cinderella, Sleeping Beauty and Mulan. Only time will tell if these evil teens follow in the footsteps of their wicked parents.