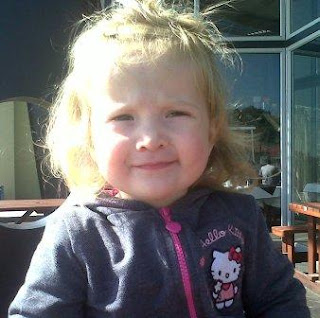 
“Breastfeeding is a natural event and should be treated as such. Let's reclaim the life-giving tradition of nursing!” Lactivist

I am as surprised as anybody else that I am still breastfeeding. It works! Very well!

I never considered to breastfeed as long, as I had certain goal posts in mind, such as 6 weeks, 6 months, 1 year, and it just kept on shifting it further away…


In the meantime I gained more knowledge, such as:

- Breast milk adapts to baby’s and toddler’s needs. It does not diminish in nutritional value; to the contrary!

- Children get more intelligent the longer they breastfeed. (Yes!)

- It is possible to get pregnant while breastfeeding.

- It is possible to breastfeed while pregnant.

- It is possible to tandem breastfeed a baby and a toddler.


The last three facts are fascinating to me, because it is not something that gets told in our Western Society. I know of many mothers who stop breastfeeding to get pregnant again.

I have come to cherish the breastfeeding relationship with my toddler as one of the best things I can do for her. It builds our relationship. It nurtures her into a strong independent human being. She does not have separation anxiety, or extra crutches such as dummies and blankets. (My teen had all the extra gadgets! I had to wean her when she was four months old when she did not want to take the bottle.) The best; she is very healthy! She did not get the flu this winter! (You go away, Murphy!)

With this I also do not want to make anyone feeling guilty. (Please, we have enough of that already!)

I just want it to become a possibility again in our society. It is acceptable and desirable to breast feed your baby and toddler for as long as they need it. We need to give the following generations a new mindset of thinking. Breastfeeding is better, and longer is even better! And it is not something to frown about, but something to aspire to!

By breastfeeding now for as long as possible, I am teaching my teen and my toddler that is a very viable option when they are going to have children. It only takes a generation to change a mindset!

[I am a lactivist! (You go, Powerwoman!) Wink smile]
Posted by Karen du Toit