The Toddler and the Big issue of Death 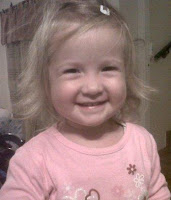 How do you teach your toddler the concept of Death? Some people tend to shy away from the harshness of it, and even do not take their children to memorials and funerals.


We are very lucky that we did not have to expose the Toddler to the concept of death at all up until now!

But somewhere she has heard about it. I suspect the day care playmates had something to do with it! The same little boys who taught her how to “peu-peu” (shooting sound) with a “gun” (any stick)…

She now regularly tells us that when she sees somebody has been hurt on television, or there is talk of someone getting injured:

“He has died!” (“Hy het doodgegaan” ) – With very serious, but also inquisitive eyes.

I believe that we should not shy away from the word, and that we should also learn our children about it. But in a positive, natural and reassuring manner! I want her to have respect for life, and value all that is living. Even insects! But I don’t want her to be afraid of it, and fear for the safety of her loved ones!

I am waiting for the next dead insect that we see lying around. I hope that will aid me in trying to explain!

How do you tell your little ones about death?
Posted by Karen du Toit