The toddler’s first meeting with her uncle 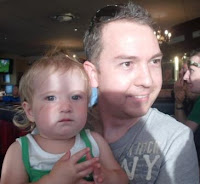 We saw my brother two years ago, just before the toddler was born. He has never met the toddler. He is now living in London and we keep in contact through IM mostly. Our family lives on different continents, with my sister and her husband also being far away in London.


It is not and never will be same to have your family staying so far from you. Although we have all the electronic means to be in contact constantly, it does not equate to the real thing. To be in each other’s company still is something that I think we value not enough. Until we have to talk across thousands of kilometres...

My brother was worried that the toddler would be shy of him, or that she would not respond to him. She does not know him at all. 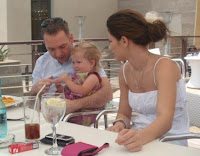 But luckily his fears were unfounded. Mieka liked him immediately and enjoyed his company. We had such a great weekend with my brother.

Mieka says his name Wynand, pronounced as “Mytand”. Translated from Afrikaans it means ‘my tooth”. We have been asking her countless times to say it. Because it is so very funny!

We have seen before that she likes certain people and responds to them with a very easy acceptance. Maybe it is true that the little ones have an inherent ability to detect the true nature of a person? What do you think? 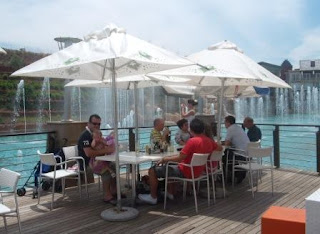 In any case, the toddler enjoyed his company and we had a lovely time. We had lunch again today at Silverstar Casino with the music water fountain show. In December last year Mieka was crying when the musical water fountain played. Today she was also frightened, but at the end of our visit she was enjoying it!
Posted by Karen du Toit