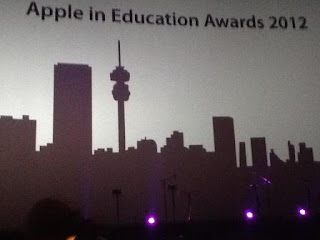 I never thought I would get as excited about a technology gadget as I have become about my iPad. The more you do with it, the more you realise how much can be done!

I am only limited by my own ignorance and technological inadequacies.

I have seen how creatively it can be used for children, especially after I won the invite to the Tech-Moms & Tech Savvy Kids event at the iStore.  I realised how valuable iPads for children can be used as a learning and educational tool!!

That's why I get so excited about the Apple in Education Awards 2012 that happened last week. I was extremely surprised at the number of entrants. It shows that Apple has made an amazing impact in the classroom in the short time of 2 years! 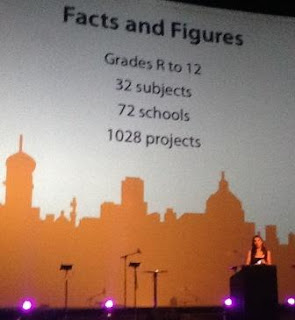 The facts and figures of the entries received:

One of the most exciting announcements is that Apple is planning a new iPad app to be launched in January 2013. It is called ZABooks. It will be an iPad Textbook Store that will run separately from iBooks. They will have about 400 textbooks containing to the South African curriculum, and more will of course be added on.

We saw samples of some of the winning projects, and it is very inspiring already!

Congrats to all the winners, and especially Germiston High School who walked away with the iSchoolAfrica youth press team award. 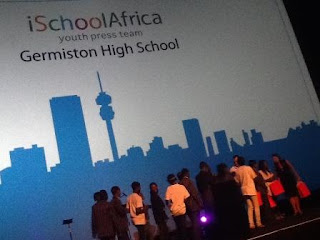 My wish is that all schools in South Africa will start with implementing this in the classroom.

I think I need to make an appointment with the Principals of our pre-primary school as well as the primary school.

There are ways and means to put this in every child's hand!