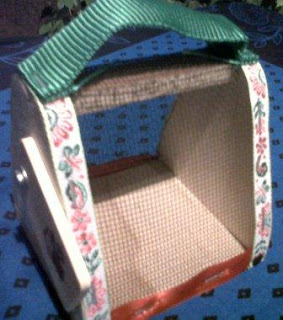 We found one of these at an Arts & Crafts Expo tonight! A bug barn!
An insect box in which you can put any insect!

My eldest daughter used to spend hours playing with the same kind of box!

Reasons why I love bug barns:

Now, just to catch one of the little critters!
Strange how we don’t see any beetles or moths flying around when we are looking for one...