What my children should know about snakes 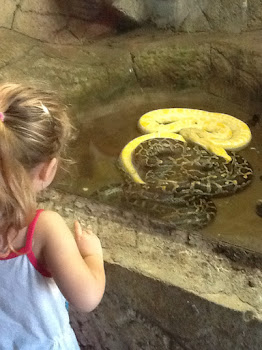 Snakes are not something we expect to come across a lot, but we had the opportunity while on holiday to attend two snake snows in two consecutive days!

(Are the universe trying to tell us something?)

Hubby is extremely afraid cautious with regards snakes! A childhood memory of an uncle chasing them around with a dead snake has come up...

But most of us feel a bit uneasy with a snake in the vicinity.

The snake shows were both times hosted by two very passionate people who have lots of respect for these creatures!

Jason, and Craig, operating here in Hazyview in Mpumalanga in South Africa, had the same messages.

These I would like my children to know, as I always try to teach respect for all living things!