Prima Toys and the Wildlife Act have come together to support the rhino with a great campaign. Buy a cute cuddly rhino coin bank  and save rhinos 'twice'! The rhino coin bank is great as a present! It is also a good initiative to teach children about saving for a cause! 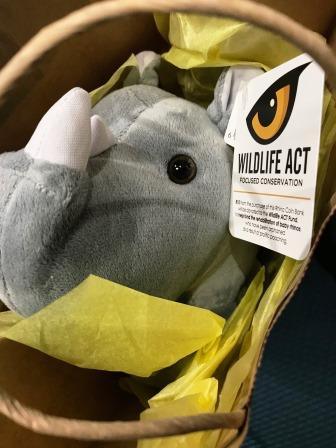 Little Miss was very excited about her rhino coin bank which we received through a blog drop. The idea of saving for a cause and not for herself is still a bit foreign, and she had to process it for while! She already has her own savings bank at home. She came up with a brilliant idea. She will fine us R5  each time we swear! We can live with that! ;-)

This morning there was already a few of her own coins in the rhino bank. It seems she has warmed up to the whole idea of giving away!

The rhino coin banks is available at all leading toy specialist stores and supermarkets!
Posted by Karen du Toit