You think you are safe 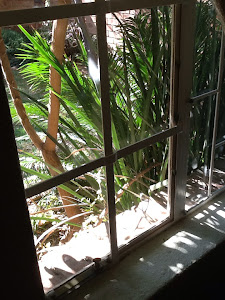 Until you are not, anymore!

My husband came home yesterday, to see a camera on a couch where it is not supposed to be. Only to find that we have been burgled, and that he must have surprised them...

It seems they came through a small opening in the window. Without breaking it, and closing it again! Thanks, burglars!

With the exception of my jewelry, they did not make a mess. They took out the laptops and cameras out of their bags, and meticulously sorted through my jewelry and only took some stuff!

It's the second burglary (14 years back in a different place) that they haven't taken my pearls, and my silver.

That's the way to go, apparently! With pearls and silver!

We thought we were okay after we had put in extra steel gates, and burglar bars when we moved in. Also because we are living in a complex, irritatingly squashed in next to each other!

How do they get in through the security gates?

Why did nobody see them?

Is it an inside job? (Most probably)

I was extremely impressed with the police coming out within about two hours last night, and taking the statement. And we have a case number already! Thumbs up to Constable Monwametsi and Constable Mulondo of the Honeydew Police Station.

I am now waiting for finger prints to be taken, and or extra burglar bars to be put in throughout the house.

With a pepper spray in my hand, and jumping each time I hear something creak outside...

Back up those photos now!