Powerpuff Girls app - Flipped Out! AND Powerpuff Yourself for free!

The Powerpuff Girls series from Cartoon Network Studios now gives fans the opportunity to be part of the action with with the all new mobile game Flipped Out!

Disclaimer: I received a promo code to test the app.

It is already available exclusively on iTunes (iOS) from Thursday 31st March 2016.
It will be available on Amazon & Google Play (Android) on Thursday 14th April 2016.


Flipped Out is two games in one: Landscape mode let's you destroy monsters. By rotating it to portrait mode you are in for an action-packed brawler. All three Powerpuff Girls; Blossom, Bubbles and Buttercup, are up for play while you defend Townsville against the monsters.

It stays true to the original characters of the Powerpuff script and characters. The Girls need to save the city from too many sea buddies, and they go about it in the their well-known fighting fashion!

Apparently you can unleash a bit of thinking power while playing as well.


Team up to take down toughies, or divide and conquer to cover more ground. Unleash spicy and sweet superpowers to demolish the bad guys! (Next time! I am just extremely pleased when I get a score. Not that big a GAMER here!))


Cartoon Network targets boys and girls from 6 - 12, and I think this game will do the same. (I might be mistaken, because Little Miss just KNOWS how it works already! They are born KNOWING! )

Flipped Out! costs $2.99 (R45.20) on the iTunes store.
There are upgrades available to add superpowers and sticker layouts.


For FREE: Powerpuff Yourself!

Our social media timelines are filling up with Powerpuff Yourself images!
Of course we never grow up, and I made one for myself as well! 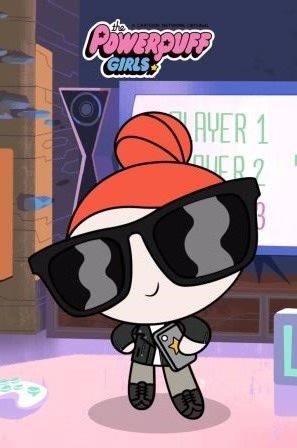 Send me a link of your Powerpuff? I would love to see!
Posted by Karen du Toit