Why do we let them make us feel like bad mothers? 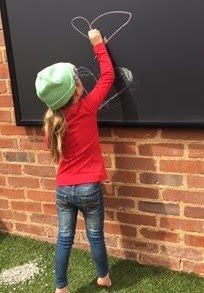 I am talking about all the instances in my life I have let doctors and nurses and health practitioners made me feel like an inferior mother.

- The time I took my first-born to the doctor and her ear-drum burst in the doctor’s waiting rooms. And there was puss overflowing, and he asked why we did not clean it up…
WTB! (What The Baby!)! It just happened, doctor, and we were trying to do it with the tissues that we had available!

- The time I was in the doctor’s waiting room and I had to change a poo nappy. When I came out, the doctor had already come to call our name, and she had an attitude!
WTB! What would she have done if I have left the nappy? (Why did I not tell her straight?)

- The time I went to the clinic to ask about nappy rash. Little Missy got a terrible nappy rash which burnt immediately! The nurse was telling me that I left the nappy on too long, with a bit of disgust in her voice….
WTB! Of course not! And I was there to get a solution to the problem!  (Which I did not get there, and we figured out it was the grapes I was eating at the time!)

- The time I went to the clinic and was told in a disparaging manner that I have already used up ten visits, and that I can’t get the services for free.
WTB! In the first place I was not aware that I was limited to 10 visits, and I was more than prepared to pay... (But that was the last that that clinic saw me!)

- The time I mentioned to the paediatrician that I was still breastfeeding at one year, and it was met with an indifferent “It’s not that important anymore!”
WTB!  I lost my trust in that doctor immediately!

- The time I tried to wean my four month old first-born from the breast to take a bottle during the day. I had to go back to work. Health-care professionals did not believe me, and to this day think they will be able to help when a baby does not want to take a bottle. They tried, and everybody tried! Nothing worked! Not different bottles, teats, people holding her… Nothing!
WTB! There is nothing you can do to force a baby to take a bottle when they prefer breastfeeding! (I had to go cold turkey with mine before she accepted a bottle! )


The other day I was talking to other moms, and I heard how they also felt inferior when they took a different colour nappy to the clinic or doctor!

We are taking our children to the doctor/clinic because we are good moms who are worried about our children, and we want to do the best for them. Making us feel inferior does not help. If we were not good moms, we would not have taken the effort or paid the exorbitant rates to see a health professional!

Next time I will not let them belittle me! (I wish I had the verbal proficiency to recognize and immediately shoot it off my cuff!)
Next time, definitely!


What have a doctor said to you that made you feel like a bad mom?