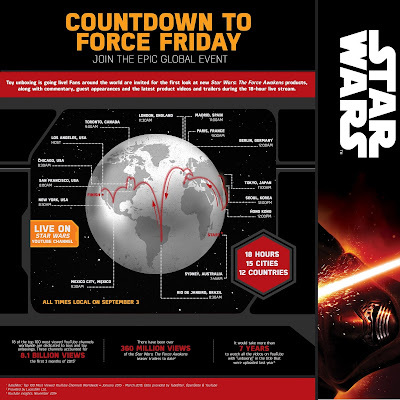 The whole family has been loving the Star Wars Pop-Up Channel on DStv Premium on M-Net Movies 109.
It's our go-to channel in the evenings, and it's building up to great excitement here. Unfortunately it's only on for two weeks until 13 September.

Darth Vader, Luke Skywalker, Yoda, Obi-Wan Kenobi and all the other iconic Star Wars characters are on, as well as other programming linked to the franchise.


In anticipation of Star Wars: The Force Awakens on 18 December, unboxing of Star Wars toys is happening around the world!

Schedule: The Force awakens around the world

Even Cape Town had an unboxing event while I was checking in!