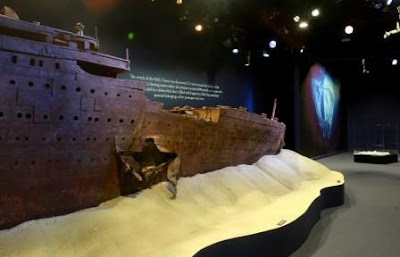 Titanic – The Artifact Exhibition - will be opening at the Zone in Rosebank from 18th September until 8 November, before it moves to the Watershed at the V&A Waterfront in Cape Town from 27th November until March 2016.

I would love to show Little Miss this exhibition and tell her the story. (Maybe it is a good idea to show her the movie before we go?)


“Although the ‘ship of dreams’ met its demise over a century ago, the spirit of the Titanic and its passengers live on through ‘Titanic: The Artifact Exhibition,’" says Nick Dreyer, COO of Expo RSA. The 1500-square-meter exhibit features numerous real artifacts from the Titanic and scale recreations of parts of the famous ship. The exhibit also features a re-creation of the freezing temperatures felt on that fateful April night complete with an interactive ice-berg. In addition, visitors can walk through authentically recreated first- and third-class rooms, with furnishings by the original manufacturers. Educational, emotional, and appropriate for all ages, Titanic: The Artifact Exhibition takes visitors on a journey through the life of Titanic, paying homage to the indomitable force of the human spirit in the face of tragedy. 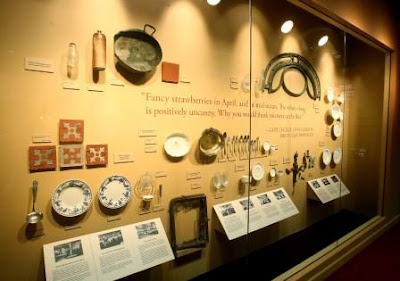 Tickets are available at www.webtickets.co.za
Titanic Dining Experiences are also available in Johannesburg and Cape Town.


I have received 10 tickets to give away. Please comment below with the number of people in your family?
(Because it is for the whole family, it will only be fair to take the children along as well!)

The first comments will get the prize, and depending on the availability of the tickets and numbers given, the remaining tickets would be dispensed.  And go!
(Unfortunately only open to South African readers)