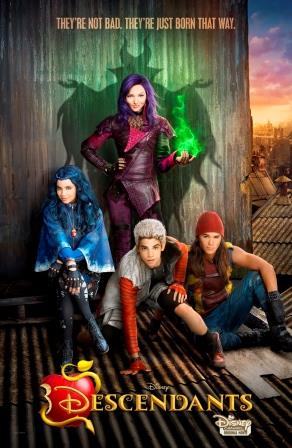 Our family loves it already. We were at the Disney Descendants launch viewing in August and we can’t wait for the series to start.

A little bit of background about the actors: 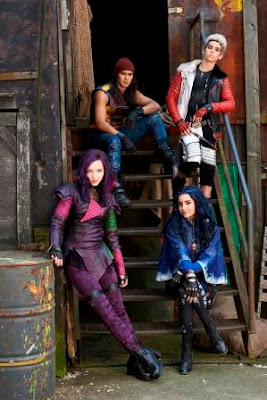 Dove Cameron stars as Mal, the clever, edgy and artistic teenage daughter of Maleficent. She began acting in community theatre at age eight and moved to Los Angeles at age 14 to pursue acting and singing professionally. She is best known for her roles as 16-year-old identical twins, in the Disney Channel Original series "Liv and Maddie."

Sofia Carson stars as Evie, the stylish teenage daughter of the Evil Queen and Mal's best friend. Evie is secretly excited to go to Auradon in hopes of finding a perfect prince. She soon realizes that she is much more than a pretty face. Carson has had a passion for performing since an early age, competing in national dance and vocal competitions, and musical theatre productions throughout her childhood. She has guest-starred in Disney Channel's hit series "Austin & Ally" and in MTV's "Faking It." In early 2016, Carson will star alongside Girl Meets World's Sabrina Carpenter in the Disney Channel Original Movie, "Adventures in Babysitting."

Booboo Stewart stars as Jay, the athletic teenage son of Jafar, in "Descendants" who has a penchant for stealing things in "Descendants”.  In 2011, Stewart landed the coveted role of Seth Clearwater in the popular "Twilight" franchise. Most recently, he can be seen as Warpath in "X-Men – Days of Future Past." Other big screen credits include "White Frog," "Smitty" and "American Cowslip." Additionally, Stewart has guest starred on numerous popular television shows such as "Good Luck Charlie," "CSI: Miami," "CSI: Cyber" and "GRIMM.

Cameron Boyce stars as Carlos, the technologically-savvy teenage son of Cruella de Vil. Boyce is best known for his role as Luke Ross on Disney Channel's "Jessie." Boyce has also appeared on Disney Channel's "Shake It Up" and "Good Luck Charlie," as well as "General Hospital, Night Shift."

Mitchell Hope stars as Prince Ben, the benevolent teenage son of the King and Queen of Auradon (Beast and Belle from "Beauty and the Beast").  Hope landed his first onscreen role in an Australian short film "Down the Way." Shortly after, he appeared in the Australian television film "INXS: Never Tear Us Apart." Hope is from and currently resides in Melbourne, Australia. He likes to spend his spare time with his friends and family playing basketball, squash and surfing.


The Hamper that’s up for a win includes:

Please answer the following question in the comments section to be considered for the hamper win:

Who is the Villain that Prince Ben fall in love with?


The winner will be drawn next Monday at 9 am.
(Unfortunately only open to South African readers)


The winner is Cat! Congratulations! 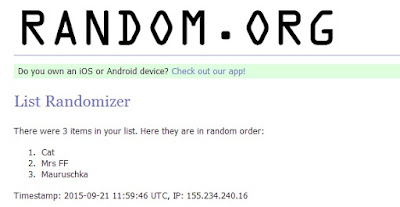