The haunting of words 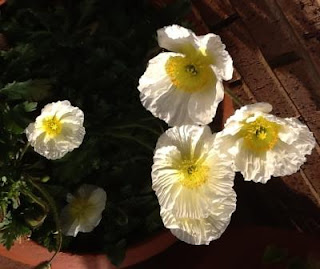 Today, as in most other days, I have been thinking about a "brave" woman who has had to go in hiding for the safety of her children.
"Brave" because she doesn't have another option but to be brave!

And she has been writing!
Haunting words of beauty and of shock and of finding herself!

Of having to go through a series of excisions, of being a dead woman, and being silenced.
But she found her voice again, even going to the media to tell her story.

I am just appalled that a person who threatens the safety of his wife and children are allowed to walk free in the streets. Even two years after the violence and the 18000 pornographic images have been discovered on his computer. The divorce had gone through in the meantime and joint custody has been awarded to them.

She had to take her children and run...

This is not a third world country we are talking about. It is in America. Where the laws and the justice system are supposed to be better?

You can read her ongoing story on Wanderlust!

Thinking of you, Kristin!

Also with the knowing that there are so many woman without a voice, who have been fighting on their own for the safety of their precious children..