Behind the magic of Miles from Tomorrow 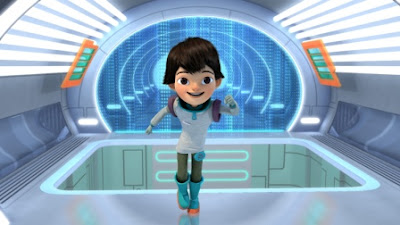 I was invited to a Disney Junior High Tea on Friday. Miles from Tomorrow is on Disney Junior in South Africa on the DStv Channel 309 every day.


As parent it is always comforting to know that I can safely switch on the TV on this channel and that it will always be the great Disney storytelling that we have become accustomed to. It is always about great Disney characters. Disney Junior is apparently the No 1 preschool channel on DStv in South Africa.

Christine Service, the senior vice president and country manager of The Walt Disney Company Africa, says that they not only make the programming for the children, but for the parents and care-givers that watch it with them! That's true, as we enjoy the shows with the little ones, and my school going Little Miss still very much enjoy the shows on Disney Junior!

"Miles From Tomorrow is a spectacular new cartoon series from Disney Junior. The animated action follows the story of a young adventurer called Miles Callisto and his intergalactic family. “Miles and his family have been sent into outer space on a mission by the Tomorrow Transit Authority,” reveals the show’s creator, Sascha Paladino."


A few magic facts about Miles from Tomorrow:

Miles and his family gets crazy adventures in stellar space with every show. It is filled with aliens, spage-age vehicles and the latest high-tech gadgets

There are crazy aliens in each of the episodes!

OUT OF THIS WORLD!

Sascha Paladino, the creator, wanted to be an astronaut when he was a kid. He would look to the sky and imagine what was up there.

They spent a lot of time researching and consulting with NASA for the show! The concepts of space, science and technology are spot on!

The name of the NASA consultants are Dr Randii Wessin, a rocket scientist, as well as space architect John Spencer, founder and president of the Space Tourism Society.

There are at least one space fact in every show!

A VOYAGE OF DISCOVERY!

They explore real planets like Mars and Neptune, but also imaginary planets with made-up aliens!

The intergalactic catchphrases such as "blastastic", "sunsational", "space-tastic", "stellarific" and "superstella" adds to the quirkiness of the characters and the show!

The groovy gadgets are a treat: The Callisto family lives on a floating space station The Stellosphere. They have a 3D printer called a Solidizer and the space vehicle is called a Starjetter.

Two of the coollest gadgets are Miles' Blastboard, which is a hovering skateboard. Phoebe has a bracelet, the Bracelex, which is an encyclopedia on her wrist!

ANIMAL MAGIC WITH A BIRD BRAIN!

Miles has a best friend who is a robot ostrich, Merc. He has turbo boosters and wing shields!

They have a team of 40 people working on the show in California, and another 400 overseas. They spent a year and a half working on the first episode!

Miles from Tomorrow is every day on Disney Junior (DStv channel 309).

Little Miss got the Callisto family, Merc and a Miles from Tomorrow Laserang. 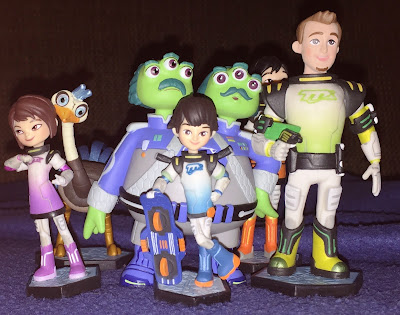 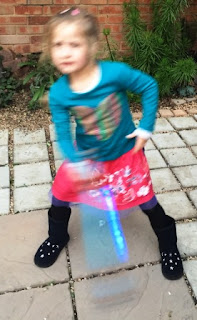