Things a little girl gets upset about, or when she's an asshole 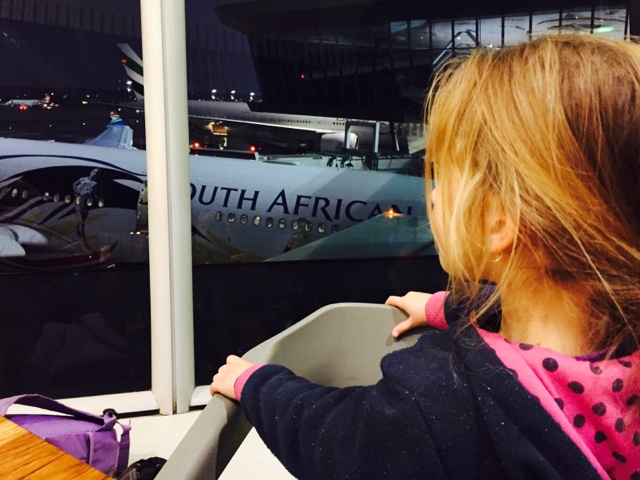 Little Miss has been extremely good on the flight to America. We have been preaching her for months about not throwing tantrums in that confined space...
The in-flight movies and games and Ouma's colouring book helped tremendously! She also slept quite a bit during the 24-hour one-stop trip. (Huge sigh of relief!)
There has been a few episodes here that got her upset:
- Not getting anything/something in the shops that she wants. (A couple of times! We are working on it!)
- She had to spend her pocket money immediately. It burned her pocket until it was finished!
- She does not have anything to wear. (Although she packed the biggest selection of outfits!)
- She cannot decide on the shoes she wants to wear! (She is Six, people!)
- She HAD to put her stuff in a handbag, but not the one she has. A plastic shopping bag saved the day!
- She was upset that her sister did not have a "real" party on her birthday! She said Big Sister did not turn 22 after all. Although it was her sister's wish to celebrate at Hard Rock Café in San Antonio and get a special t-shirt from the shop. It has also been our most expensive restaurant outing so far.
- She accidentally dropped glow sticks at the Rodeo that we could not retrieve...
- She could not play in the stunning children's area at Bibliotech, the first digital library in the world with no books! It is only available to the locals.
A work in progess...
I hope I do not have to add that much more!
We are also not making excuses for her any more. When she's an asshole, we say so!
Little Miss, you keep us on our toes!
(And humble / and feeling like bad parents all the time!)
Posted by Karen du Toit