Star Wars Rebels: Spark of Rebellion is set to premier worldwide on October 11 on Disney XD (DStv Channel 304) at 9:20 am with an animated  one hour movie feature on the first day!

We were extremely fortunate to be able to attend the launch, and I know another generation of Star Wars' fans are a done deal! The characters are believable and the story line gripping!

Set between the events of Star Wars Episodes III and IV, the story unfolds during a dark time when the evil Galactic Empire is tightening its grip of power on the galaxy.  Imperial forces have occupied a remote planet and are ruining the lives of its people.  The motley but clever crew of the starship Ghost - cowboy Jedi Kanan, ace pilot Hera, street-smart teenager Ezra, the “muscle” Zeb, warrior firebrand Sabine, and cantankerous old astromech droid Chopper - is among a select few who are brave enough to stand against the Empire. Together, they will face threatening new villains, encounter colorful adversaries, embark on thrilling adventures and become heroes with the power to ignite a rebellion. 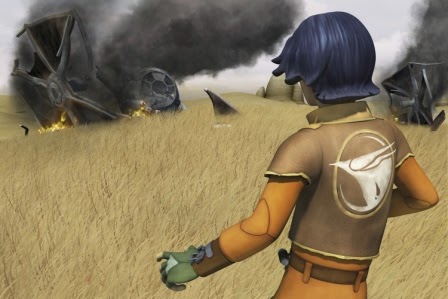 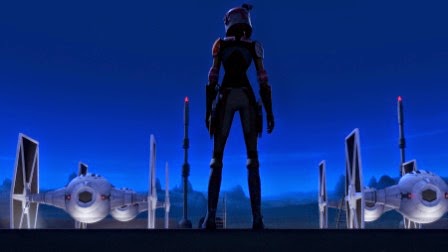 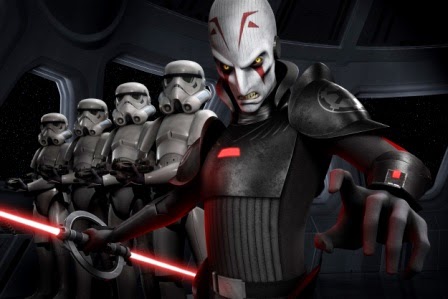 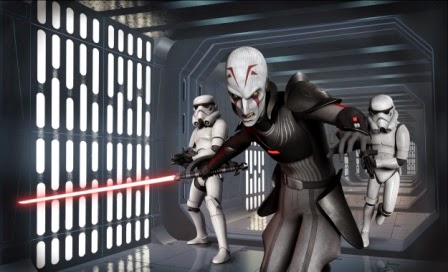 Little Missy loved the movie, and all the children got a lightsaber and a Star Wars Rebels t-shirt.

More details can be found here:

We all want to be Star Wars Rebels now!
Posted by Karen du Toit