Maths for little ones: CMaths

Little Missy has been going to a Semas Maths (CMaths) class each week from the beginning of the year. It is Japanese maths, and they start them very early. It is very inspiring to see the little ones doing maths (with an abacus, but also in their heads) and doing it with a great speed as well!

Little Miss was a bit apprehensive going to the yearly championships. We had to motivate a little bit lot. We still owe her a rhyme book...

Little Missy did very well in the end! (According to two very relieved parents who thought she would have a melt-down or refuse to sit down and do the sums.)

They had to work through two exam papers. (TWO papers:  One of six minutes with an abacus, and one of two minutes without an abacus. There were a lot of children finishing even before the time! Totally amazing!!)

We were just impressed with the fact that Little Miss tried and did her best!

She had a bit of a melt-down later when she was expecting a trophy. We had to explain that she actually had to finish her papers, and that you really have to work hard to get that trophy.
But they all got a medal for taking part! 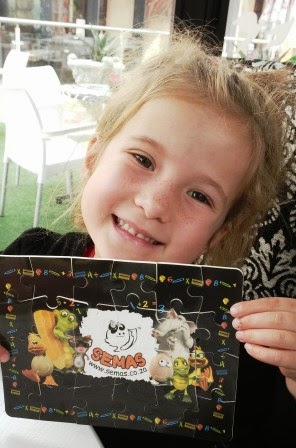 Hopefully it will help next year in Grade One to give her a bit of an edge...
Posted by Karen du Toit