I was alerted by Carien van Zyl, the developer of  the Cleverkiddo series apps for preschoolers, about it's existence on my blog post about Afrikaans on the iPad.

As I love hearing about new Afrikaans apps for our children, I downloaded it and Little Missy took it for the test-drive.


The Cleverkiddo series consists of  the Seisoene and the Olke Bolke apps.
They are both R21.99 (2.08 USD) on iTunes, which is not expensive at all, and luckily I have an iTunes gift voucher that comes in very handy.


The "Seisoene" (Seasons) app addresses the four seasons of the year, with each season having four activities: Puzzles, forms, counting and dress-up.
The dress-up sections are especially cute since it  helps the children to identify which clothes comes with which season.

The app is also available in English: Seasons by Cleverkiddo
AND      in French:  Saisons par Cleverkiddo


The "Olke Bolke" app is an app with 6 Afrikaans songs by Elizabeth Fourie:

What makes it interactive is that there are three musical instruments available for each song that the child can shake to add to the music.

This will keep her busy for a while. 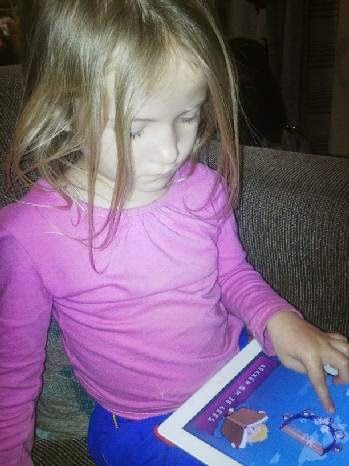 Please let me know of any other Afrikaans iPad apps?

- An Afrikaans app on the iPad: Die Drie Varkies

- What makes pirates being afraid? - another Afrikaans app for the iPad
Posted by Karen du Toit