At the Festival with a Little One - #Aardklop

Going to a festival with a Little One is a total different ball-game!

We went only for a day; on Saturday. The Potchefstroom Clover Aardklop festival, with mostly Afrikaans cultural shows, music and theater shows, was on for the past week. The Student was working at the festival for the whole week, and we missed her! It was great to see her for half an hour in-between her work schedule.

We were a bit lot disgusted that we had to pay such a huge amount to get into the festival area. The previous years there were no fees involved. You had access to everything. Which meant that we did not go there at all! And I was salivating for the obligatory fish and sweet potato tent...

But there were still lots to do in Potchefstroom!

We spend some time at the swings. (As you do!) 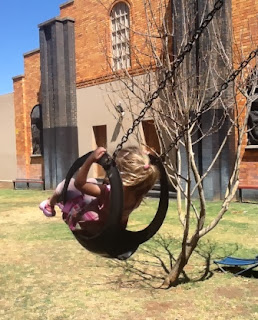 The venue for the show had lots to keep the children busy. 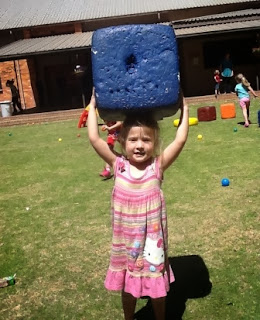 We watched a show about fairies, and got the photo next to her favourite fairy in the play.
Little Missy loved it!

After the play we spent some time at the River Cafe. 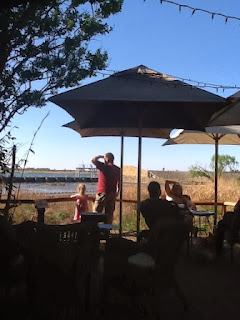 We will come back to this place. It was a great way to end the day in Potch!

And then it was back on the road before it was too dark...


A total different way to spend at an Art Festival, but we wouldn't want it any other way!


How was you weekend?