"You spoil me too much!"

Two months before she turns 6!

It has been a strange year! The year of Grade R that she could not wait for, and that turned into a bit of a bummer... Luckily the meeting with the teacher helped considerably!

It seems that Little Missy is becoming into her own right now. I suspect this will be the pattern for each year. (Maybe not!) Because she is younger, it is only at the end of the year that everything falls into place?

I have also been toying with the idea that she is also her own person, doing her own things at her own opportune time!
Because we try to measure them and place them in boxes (talking about school readiness tests), it should not define them. And I am not going to!

We have spoken with her about going to Grade One next year, and told her about doing Grade R again. She is in agreement (as far as a five year old is able to) that she wants to continue to Grade One.

She got the most brilliant report card last week! Enough said!
She is doing very well!

They had their end of year ballet concert and certificate ceremony. It was as cute as always. She still wants to continue next year, and I think it is good for them to get the basics of dancing. We will see how far it goes! (I don't have a preference!) 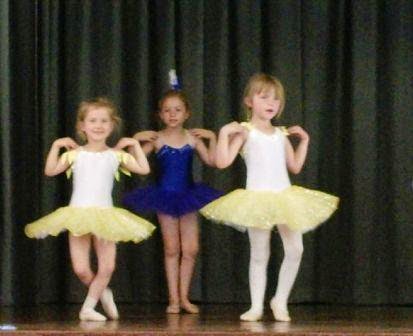 The only thing that Little Missy is worried about now is her birthday party.
All the "planning" and the "talking" finally had to come to fruition! We could not forever promise an airy fairy party because she has her birthday in December and all her friends are on leave. We have made a booking end of November and invited a few friends.
Huge excitement in her life!

Now it is only the party packs for school that needs to be sorted! (Yes, we still need to do that as well?!)
You do not get anything past a nearly six year old girl!

I gave Little Missy a Happy Meal toy yesterday, because I had ordered a McD Happy Meal just so she could get a toy.
The response: "We spoil her too much!"