Sabba Quidwai gave a few advanced presentations at the most recent South Africa iPad Summit. The following is stated on her website Ask MSQ:


Sabba Quidwai is a passionate educator ... [who] loves most about the creation of technology-enhanced curriculum is its potential to empower all learners and is driven by the following philosophy:

"I hear and I forget. I see and I remember. I do and I understand." ~ Confucius.


The App-smashing 101 presentation on Tuesday was extremely inspiring teaching how to use apps in a very creative way, by way of app-smashing (combining) the apps.

A definition of app-smashing is the possibility of "students to create content with a variety of apps and then publish it to the web". More information and resources can be found on EdTechTeacher


Sabba focused on technology as being able to reignite the passion for creativity. Our learning through technology opens up the value of/and fostering creativity! (See the top quote by Sir Ken Robinson.)

When using the iPad we are rethinking the iPad as a portable media creation device.
We move away from one tool at one time!

The one screen iPad is being suggested as the ultimate to begin this creative learning experience. We don't need thousands of apps, but only those that let's you push and pull from the device.
A good way to evaluate an app is it's ability to be downloaded/exported as well as being imported into another app. 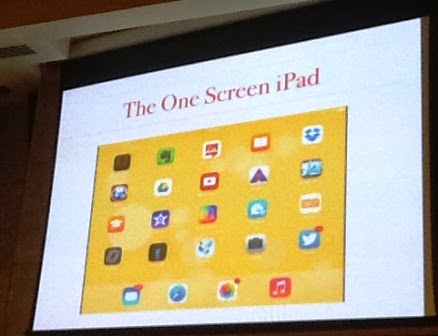 The evergreen apps that can be used with any subject and in any learning environment:

The iPad hieroglyphics provide a base foundation for newer iPad users to understand how to navigate within and between applications. 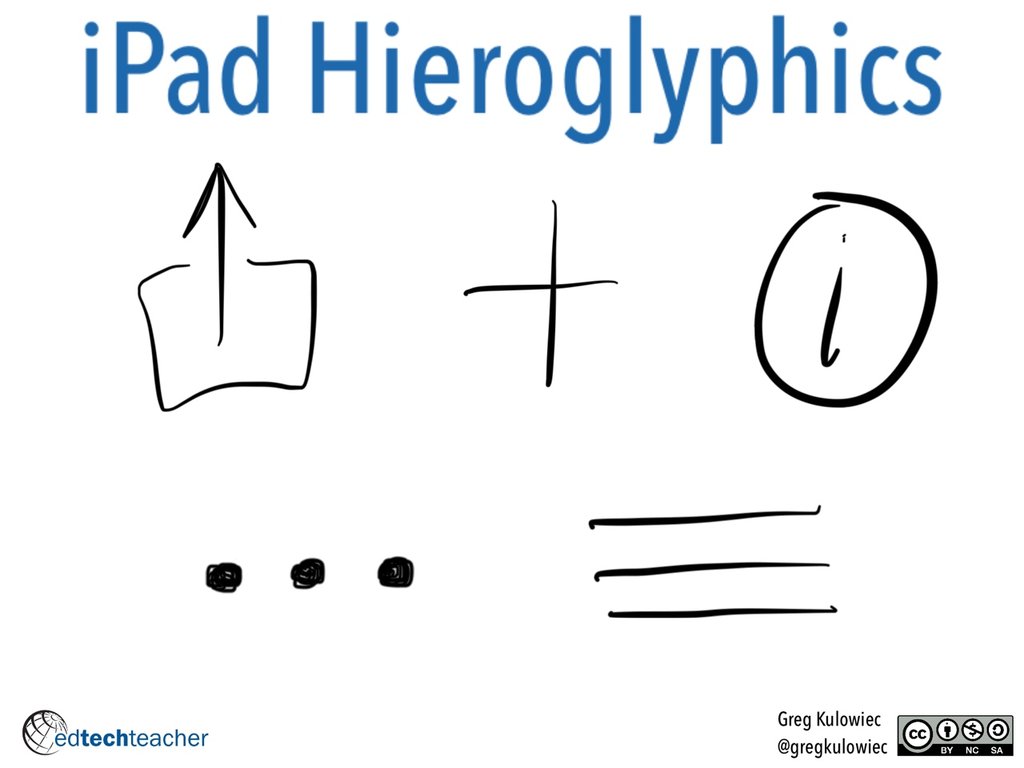 An example of app smashing:

1. Use Safari to research the information.
2. Create a Storyboard.
3. Create characters in Tellagami.
4. Pull it into iMovie.
5. Create an augmented reality overlay with Aurasma.
6. Create a final trigger image on the wall where the children can look at all the projects.


The following Chemistry of Combos are suggested to use for ideas when app smashing.
The final products can be shared through DropBox or ViewChat.

Preparation is the most important, and should include:

1. The goal or the question.
2. The storyboard makes it easy to understand the thinking and learning process.
3. The creation only follows after that!

It sounds like a lot of fun using this in the classroom. You are only limited by your own imagination!

I can't remember if Sabba or one of the other presenters said this, but: Think of what you want to do, and then search for the app. Do not focus on the apps per se. The technology is not about the app, but what you want to do with it!

There is an app for everything!

- iPads in the Classroom: from consumption to creation - Tom Daccord #iPadEdSummitZA
Posted by Karen du Toit